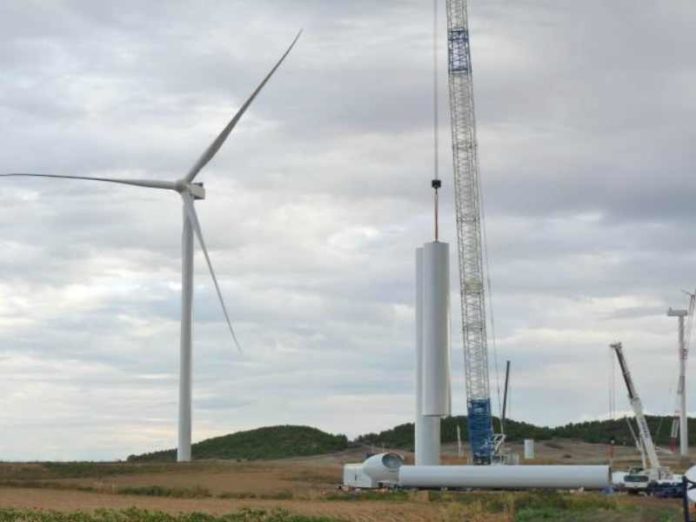 The project, located between the municipalities of Cadreita and Valtierra, will comprise four wind farms with a total capacity of 11MW, enough clean energy to meet the electricity needs of 46 500 people and will avoid the release 84 000 tonnes of carbon emissions into the atmosphere a year.

The wind complex is expected to be operational in the first quarter of 2020 and will create up to 200 jobs during the construction phase.

The loan is part of efforts by EIB to ensure the region is able to meet the goal proposed by the European Commission of generating 32% using renewable sources by 2030.

Cavar is also the first wind project in Spain to sell its energy to a large corporation. A long-term bilateral contract (a Power Purchase Agreement or PPA) will see it produce 40 MW of clean energy for Nike in Europe.

EIB Vice-President Emma Navarro, who is responsible for climate action at the Bank, said: “Spain has major renewable energy potential, and the EIB wants to help it to become a reference point in the sector by providing investments to promote the transition to a low-carbon economy while simultaneously fostering growth and employment. Promoting clean energy generation is one of our key priorities. As part of its aim to establish itself as the EU climate bank, the EIB has reaffirmed its commitment to increasing its financing to support Europe in its plans to become the first carbon-neutral continent by 2050.”

Iberdrola España CEO Ángeles Santamaría highlighted “the importance of access to climate financing instruments to accelerate the energy transition we need. These measures, together with emissions targets and the implementation of an environment-focused industrial and fiscal policy, will make it possible to move forward with the decarbonisation of our economy and climate change mitigation. In line with this commitment and an ambitious action plan, Iberdrola is making progress with major investment into renewables in Spain, where we plan to install 3 000 MW of new capacity by 2022 and up to 10 000 MW in 2030.”