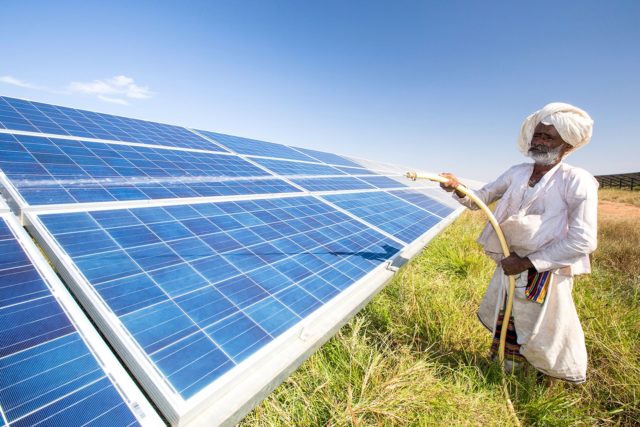 India’s Ministry of new and Renewable Energy (MNRE) has unveiled plans to build what it terms as two “ultra mega renewable energy parks” boasting 25GW capacity at each in Jaisalmer, Rajasthan and Khavada in Gujarat, according to a letter sent to wind and solar developers in the country.

Land will be made available to set up wind, wind hybrid and solar plants, with clearances provided by the respective state’s government. Given that these are border-regions, India’s defense ministry will also be involved.

MNRE has also requested that the Ministry of Power strengthen transmission to these locations within 2 years to enable timeous power evacuation.

The plants fall under India’s existing Solar Park Scheme, with the government claiming that public sector undertakings such as the National Thermal Power Corporation (NTPC) and the Solar Energy Corporation of India (SECI), and others have proposed constructing approximately 42GW in various states.

While the overall renewable targets are significant, they’re not aligned to the speed with which they need to be delivered –a little over than 8.53 GW was installed in FY 2018-19, followed by over 7.59 GW in 2019-20 (up to December). Whilst several experts have expressed doubts over India’s potential to meet the target, the MNRE is looking forward to more solar growth in the region.

The energy transition and renewable energy are hot topics disrupting the utility industry in India and will be a key focus at the POWERGEN INDIA and Indian Utility Week summit which takes place in New Delhi.
For more details visit powergen-india.com or indian-utility-week.com