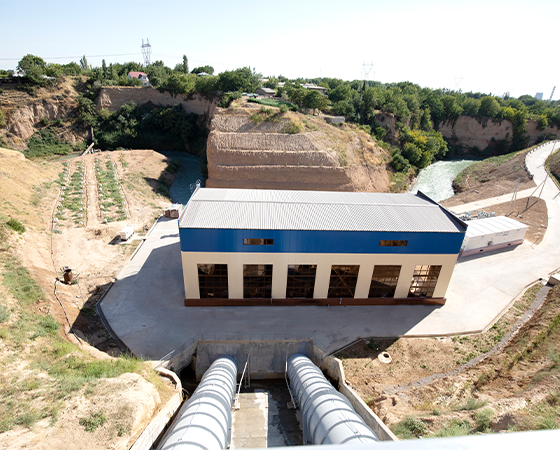 Located in the Tashkent region, Uzbekistan, the Kadyrinskaya Hydropower Plant (Kadyrinskaya HPP-3) forms part of the Chirchik-Bozsuv cascade of 19 hydropower plants. The total capacity of the run of river hydropower plants is 1,275.4MW. It was originally commissioned with a capacity of 13.2MW and during 85 years of operation, four of its hydroelectric units declined in efficiency and required major repair.

This article was originally published in The Global Power & Energy Elites 2021.

Following a Presidential Decree in May 2017, the modernisation project was launched in December 2017 with the following objectives: Bring the plant’s level of operations up to a modern standard; improve the reliability and safety of operations; increase electricity generation; automate more processes; and extend the life of equipment. In the third quarter of this year, HPPs have implemented the national and international standard ISO:50001 ‘Energy Efficiency’. In the future, the issue of introducing safety and health regulation standards is being considered.

During the three-year project – concluding in 2020 – a number of sequential activities were carried out, including construction and installation work; assembly and installation of technical equipment; constructing a complete set of spare parts; and landscaping of the site and nearby territory. The project included construction of a new hydroelectric power station building with two units. Other items constructed included a water intake, two pressure pipelines and a discharge channel which was connected to the existing diversion canal. To maximise the life-cycle of a new plant, the selection of equipment to be installed is considered prior to the start of modernisation by arranging and conducting a technical audit of equipment at HPPs. These projects, carried out by contractors on a turnkey basis, are not considered by HPPs but recommendations are given for inclusion in the contract.