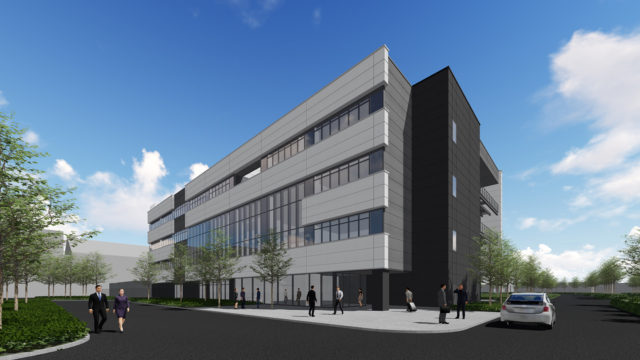 The rating, which measures energy-saving performance based on the Building Energy Index (BEI), is for the building’s theoretical performance levels.

Mitsubishi Electric is constructing the Net Zero Energy Building Test Facility in Kamakura, Kanagawa Prefecture, south of Tokyo, to develop and demonstrate ZEB-related technology. The facility is scheduled to start operating in September 2020.

Mitsubishi Electric is promoting technical developments based on its ZEB+ concept of constructing and upgrading buildings over their lifecycles for environmental efficiency, energy savings, productivity, comfort, convenience and business continuity.

The certification recognises the facility’s projected reduction in energy consumption by 103% (includes production of photovoltaic energy) compared with its surrounding region’s average consumption levels, measuring total energy consumption for air conditioning, ventilation, hot water, lighting and elevators based on energy conservation standards introduced by Japan’s National Institute for Land and Infrastructure Management in 2016. To qualify for certification, Mitsubishi Electric optimized design conditions for the entire construction process, maximized the efficiency of equipment and systems to be installed in the facility and introduced ZEB-based solutions for air conditioning, lighting and photovoltaic systems.

Mitsubishi Electric registered with the Ministry of Economy, Trade and Industry as an official ZEB planner in 2017. Going forward, the company aims to accelerate its development and application of ZEB-related technologies to contribute to the achievement of the United Nations Sustainable Development Goals and the realization of greater energy savings and more comfortable living spaces, as well as contribute to more convenient office environments under its proprietary ZEB+ concept.

Vector joins forces with AWS to accelerate the future of energy

Dallas saves 12 million gallons of water thanks to smart meters

What might COVID 19 mean for DSOs in the long-term?

German solar installation climbs at record rate in first half of...