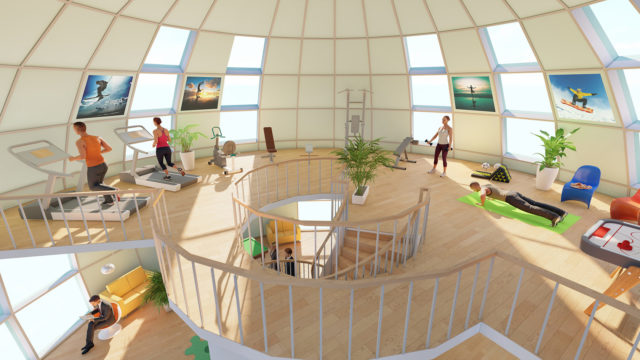 Russia’s Moscow Institute of Physics and Technology (MIPT) has announced the start of construction on a year-round fully autonomous, renewables and hydrogen-powered International Arctic Station (IAS) in the Land of Hope, in the foothills of the Polar Urals.

The station will have a modular structure and rely on renewable energy sources and hydrogen fuel, without burning diesel. The autonomy of the station will be provided by the energy of the sun and wind, and hydrogen obtained in the cleanest way possible. The station, dubbed Snowflake, is scheduled to begin operation in 2022.

The objective of the IAS is to test, improve, and promote solutions in the field of environmentally friendly technologies of the future for life support and the maintenance of remote settlements and facilities in the Arctic region.

Solutions to be tested will include for telecommunication, medicine, biotech, clean agriculture, robotics, the internet of things, smart home and smart settlement, 3D printing, advanced materials and construction technologies, and artificial intelligence systems.

“With the government’s support, MIPT is initiating an ambitious international project in the Arctic Council, which Russia will preside over in 2021-23,” said MIPT Rector Nikolay Kudryavtsev.

“That project envisages a carbon-free Arctic station, which would host visitors from all over the world: researchers, engineers, talented science students, and even high schoolers. They could all make working visits to the station year-round to test and demonstrate technologies that would be a part of our life tomorrow.”

“We are making the International Arctic Station an open platform that is convenient for all foreign partners willing to participate,” the rector went on. “We will also not limit ourselves to power engineering, creating opportunities for R&D in telecom, medicine, biotech, robotics, the internet of things, artificial intelligence, and more.”

According to Yury Vasiliev, the executive director of the MIPT Institute of Arctic Technologies, the construction of the station will be a challenging endeavor for Russian and foreign scientists. The total cost of the project is about €10-12 million.

“The main building of Snowflake will be a panoramic view dome, connected with a range of other modules. Two of them will host laboratories, and two more provide accommodation, with about 30 single rooms for researchers and guests to feel comfortable. Other modules will house a kitchen, a dining room, a library, and leisure areas, including a gym and a sauna. Three more separately standing domes will form a hydrogen complex for the production and storage of compressed gas,” said Vasiliev.

“An all-terrain vehicle will run year-round between the station, Salekhard, and its airport, with a gas station for electric vehicles and a helipad for emergency assistance on the way,” he added.

The authors of the project paid serious attention to preserving the lifestylе of indigenous peoples and bringing new clean technologies to the Arctic.