Shell Nederland has announced Crosswind, a new joint venture with Dutch renewable energy company Eneco, to create a green hydrogen hub in the port of Rotterdam. The hub aims to be powered by wind energy from the Hollandse Kust (noord) offshore wind farm.

Shell and Eneco are participating in the tender for the new wind site, estimated to be operational in 2023. Should the current plan prove successful, the 200MW capacity hydrogen plant on the Tweede Maasvlakte will have Shell as its first customer, though final investment decisions are still to be made.

Shell also intends to start operations at the hub in 2023, with production expected to reach approximately 50,000 – 60,000 kg of hydrogen per day. The green hydrogen produced will initially be used at Shell’s refinery in Pernis to decarbonise the production of fuels, saving an estimated 200,000 tonnes of CO2 per year.

The 759MW Hollandse Kust Noord wind farm will be located approximately 18.5 kilometres off the Dutch coast near the town of Egmond aan Zee, and will generate an estimated 3.3 TWh per year, sufficient to supply more than 1 million Dutch households.

“The energy transition calls for guts, boldness, and action,” said Marjan van Loon, President-Director of Shell Nederland. “Through the connection of this wind farm to our possible future green hydrogen plant in the Port of Rotterdam, we want to develop a new value chain together with our partners and governments – from wind to hydrogen – to create a green hydrogen hub.”

”With CrossWind, we want to work towards the realisation of the first offshore wind farm with innovations with regards to system integration,” said Kees-Jan Rameau, Chief Strategic Growth Officer at Eneco. ”In addition to the energy the wind farm can generate, the park offers many opportunities to (further) develop innovative techniques that can be of added value in accelerating the energy transition. By combining the knowledge and expertise of Shell and Eneco, we can make full use of this potential.”

Enlit Europe will feature innovative companies accelerating decarbonisation at Europe’s largest gathering of companies driving and leading the energy transition. Are you going to be there?
Click here to join us in Milan. 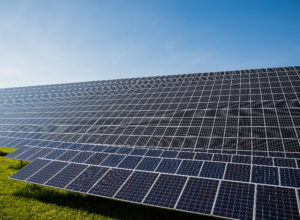