Shell New Energies has awarded UK renewable energy and storage developer Anesco the contracts to design and construct two solar farms in the Netherlands, with a combined generation capacity of 26MWp.

The first solar farm, a 12MWp facility, is being constructed in Emmen, in the province of Drenthe in northeast Holland on the site of a former gas works. The second site will be a 14MWp installation near to the town of Heerenveen, Friesland.

The two sites span an area of approximately 130 acres (52 hectares), with construction expected to take six months once underway. Anesco will work together with Shell New Energy and their stakeholders on a biodiversity enhancement program backed by an on-site scientific research project demonstrating the beneficial co-existence of solar parks and nature friendly landscaping and site management.

On completion, the Shell New Energy Asset Management team will be supported by Anesco’s operations and maintenance team for an initial two-year period, ensuring the solar farms operate at their optimal efficiency.

The contracts mark the second and third awarded to Anesco by Shell’s New Energies business. They partnered previously in 2019 on a battery storage project at the Bacton gas terminal site in the UK.

Commenting on the news, Daniel Cohen, EPC Director at Anesco, said: “This project marks a landmark achievement for Anesco, as we make our international debut and put our extensive experience and strong track record to use, to capitalise on opportunities outside of the UK.”

“We’re delighted to be building on our existing relationship with Shell and to further demonstrate our industry-leading capabilities in renewable energy asset design, construction and optimisation.

“While the impact of COVID-19 continues to be felt across the world and we have needed to adapt how we are working, for Anesco it is business as usual and our mission remains to support the journey to net zero.” 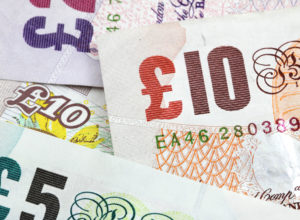 UK utility sector investment down £400 million in Q1 due to...