The multinational owner of consumer brands like Hellmans, Knorr, Dove, and AXE has announced its transition to 100% renewable energy supply across the 5 continents it operates in.

The company has installed solar at its facilities in 18 countries but has secured approximately 38% of its green power from corporate power purchase agreements (PPAs) and green electricity tariffs, with remaining capacity secured by purchasing Renewable Energy Certificates (RECs), which are openly-traded and linked to renewable electricity generation.

The company has stated that energy efficiency programmes have played a significant role in achieving the transition, having halved carbon emission per tonne of production since 2008, and has helped reduce energy consumption by 28%.

The transition to renewable power marks a significant achievement on the company’s journey to carbon-neutrality across all aspects of its operations, a goal Unilever wants to achieve by 2030.

Related Stories:
–Levi Strauss commits to a new water action plan
–China’s data centres emit as much carbon as 21 million cars – report
–IPP’s “not there yet” for investment rating says S&P – here’s why

Marc Engel, chief supply chain officer at Unilever said: “The climate emergency is one of the most urgent challenges we’re all facing. Our team have worked hard to secure renewable energy contracts for our sites across five continents, accelerating the delivery of our 100% renewable energy targets.

“Of course, there is more work to do but we hope that today’s announcement will inspire further action elsewhere and help to prove that it is possible to combat the climate crisis and hold global warming at 1.5°C. Renewable is doable.” 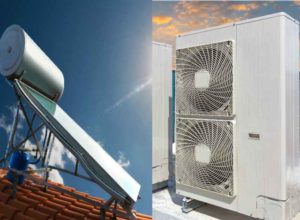