The upswell marks a resurgence in US solar industry employment following two years of job losses in 2017 and 2018.

In the five-year period between 2014 and 2019, solar employment increased 44%, five times faster than job growth in the overall US economy.

The state with the most jobs added in 2019 was Florida, followed by Georgia, Utah, New York, Texas, Illinois, and Virginia.

Nationwide, the 249,983 solar workers include those who spend the majority of their time on solar-related activities such as installation and project development which makes up the biggest sub-sector in solar employment, employing two-thirds, or 162,126 solar workers in the US.

The battery storage sector is made up of a relatively small comparative complement of 16,000 workers, with solar manufacturing employing approximately 34,423 workers.

“The solar industry has been one of America’s leading job creators over the past decade,” said Andrea Luecke, president and executive director of The Solar Foundation. “In just ten years, despite facing many challenges, solar has grown from a niche product to a mainstream energy source that provides a quarter of a million high-quality jobs. This is great news, but it’s only a fraction of what can be accomplished if we are truly committed to solving the climate crisis and expanding the use of solar and storage. It’s past time for us to unite as a nation and create even more jobs by harnessing the power of the sun.”

California still has by far the most solar jobs nationwide, but jobs declined by 3.4% statewide for a total of 74,255 workers. Other states with a notable decrease in solar jobs from 2018 to 2019 include Michigan, Minnesota, Missouri, New Jersey, New Mexico, Tennessee, Washington, and Wisconsin. Local jobs data by county, metro area, and legislative district is forthcoming in March 2020.

The National Solar Jobs Census is based on a rigorous survey of solar establishments conducted between October and November 2019. Data collection efforts included approximately 66,900 phone calls and over 47,000 emails. The survey was administered to 2,766 establishments, of which 1,859 completed or substantially completed the survey. 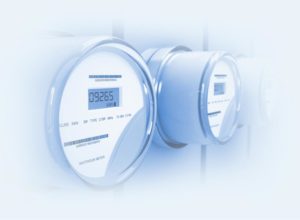