IRENA’s answer would be, quite high. Especially if we take into consideration the fact that the Central and especially the South East region of Europe enjoy very good conditions for the production of renewable resources (especially solar and wind). If we add to the above the high reduction in general wind and solar production costs of the previous years, then, as the authors explain, we can provide a cheaper source of new electricity than the least-cost fossil fuel alternative, without financial assistance.

Following the pathway could raise the share of renewables to 34%, cost-effectively, for the whole CESEC region by 2030, compared to 24% predicted in the slow-growth current policies reference case. It would mean that by 2030 the region will be saving €3.4 billion ($4 billion)/year, not including the wider cost benefits from reduced air pollution. The scaling up of electrification in the region will be needed, and bioenergy will also play a role. Cross-border planning will be a key to maximising benefits. The retirement of many existing fossil fuel power assets offers an opportunity for action now. The authors emphasise that the differences in the region’s socio-economic conditions means wider European support will be needed to make such plans a reality.

The region remains highly dependent on fossil-fuel imports and has been proven highly exposed to cuts in gas supply in past years. Several CESEC members share the urgent need for modernisation of the energy sector, with numerous fossil-fired generation assets due for retirement within the coming decade.

CESEC members suffer also from poor air quality due to fossil-fuel combustion, which represents a real and significant threat to the health of citizens. South Eastern European cities have some of Europe’s highest levels of air pollution, along with associated mortality rates.

IRENA’s “REmap” study for CESEC analyses first the expected deployment of clean energy sources in the region by 2030 under a “Reference Case”, which assumes the implementation of existing plans, agreed policies and targets, or the continuation of current trends. It then identifies renewable energy options (“REmap options”) available on a country-by-country basis to accelerate the deployment of renewables by 2030.

In our estimation, with the continuation of existing trends, energy demand in the CESEC region is expected to increase slightly by 2030 – about 5% above 2015 levels, the base year for the study – while the share of renewable energy is expected to show slow growth over the coming decade, rising from 16% of gross final energy consumption in 2015 to about 24% in 2030.

The CESEC region is endowed with vast amounts of high-quality renewable energy resources which can be tapped cost-effectively over the coming decade to accelerate the transition away from fossil fuels. The deployment of all the options identified in our roadmap could raise the 2030 renewables share to 34%, cost-effectively, for the whole CESEC region, compared to 24% in the Reference Case.

Share of renewables in gross final energy consumption (GFEC) by CESEC member [%]. Based on IRENA analysis. Excludes end-use sectors other than buildings, industry, transport. Excludes final non-energy use.
* The designation Kosovo* is without prejudice to positions on status and in line with the United Nations Security Council Resolution 1244 (1999).

Deploying all the additional renewable options in the REmap scenario could deliver savings for CESEC members in terms of the levelised cost of energy services, estimated at €3.4 billion/year in 2030, compared to the Reference Case.

Key pillars of the transition towards clean energy in CESEC

The CESEC area has excellent resource conditions to scale up renewables. The region has vast untapped potential for renewable power generation with onshore wind and solar PV, two key technologies for the long-term transformation of the power sector, which have realised spectacular cost reductions over the last few years and are set to consistently offer a cheaper source of new electricity than the least-cost fossil fuel alternative, without financial assistance.

A conservative estimate of their technical potential in the region results in at least 845 GW and 402 GW for onshore wind and solar PV, respectively. For comparison, the total installed generation capacity today for all technologies (renewable and other) is 291 GW. In our view, clean energy such as wind power and solar PV can and should play a central role in the future of the region’s energy system.

In IRENA’s REmap scenario for CESEC, renewable power capacity would grow from 109 GW in 2015 to 265 GW in 2030. With such capacity, about 55% of the electricity consumed in CESEC members could come from renewables. Coal generation could be reduced to below a third of 2015 levels. To achieve this, further integration of power systems not covered by the EU-ETS today needs to be linked to a progressive convergence in carbon pricing in order to avoid carbon leakage.

But power only accounts today for about a fifth of the energy consumption in the region today. Planning for the electrification of heat and transport services will be key to a transformation towards more sustainable energy systems. Electrification delivers very large system-wide efficiency gains while eliminating local air pollution. If planned properly, it can also facilitate the integration of larger volumes of cheap solar and wind in power generation, accelerating the transition of the energy system overall.

By 2030, most sales of light duty vehicles could be electric in the region. Overall, about a fifth of the vehicle stock could potentially be replaced. Accelerating electrification of heat in buildings and industry with heat pumps in CESEC countries could reduce fossil fuel consumption by an amount comparable to the total heat demand of Austria today.

Besides renewable power and electrification, scaling-up modern forms of bioenergy production and consumption will be also key for CESEC members to progress on the decarbonisation of energy uses for which no other cost-effective solutions are available.

CESEC members will need to scale up investments in their energy systems over the next decade, as a large fraction of the existing fleet of power generation assets is due for retirement. This is an opportunity to invest in the modernisation of the energy sector, minimising the risk of future carbon liabilities and stranded assets.

In our roadmap for the region, CESEC members would invest an additional €78 billion ($93.9 billion) cumulative until 2030 – an estimated 26% increase compared to the Reference Case. In exchange for these additional investments CESEC members can build an energy system that is substantially less reliant on imported natural gas and oil, while delivering energy at competitive costs.

The reductions in fossil fuel consumption can be very substantial – estimated at 18% for natural gas and 14% for oil – as well as the emission reductions, estimated at 165 Mt CO2/year, or 21% below our Reference Case for the region.

A much less discussed aspect of current energy systems is their negative impact on human health. The European Environment Agency estimates that about 400,000 people die prematurely in Europe each year because of air pollution. We estimated the economic value of avoided air pollution with the deployment of the REmap scenario at between €5 billion ($6 billion) and €20 billion ($24.1 billion) per year by 2030.

When the savings related to delivering energy services with renewables are combined with the economic value of the avoided health and environmental damages, accelerating renewables in the region could deliver total benefits to society in the range between €11 billion ($13.2 billion) and €35 billion ($42.1 billion) per year by 2030.

Realising a transition towards modern, clean energy systems in the CESEC region will require decisive policy action at the national and regional levels.

At the national level, CESEC members should focus on improving the conditions for investment in their respective markets. Clean energy technology is ready to compete, but it needs a fair competition with fossil fuels. A fair competition means a level playing field and transparent and stable regulations and policies that mitigate unnecessary risks for investors.

At the regional level, cooperation will be key to this transformation. Exchanging best practices and adopting regulations and policies that have been proven successful in neighbouring countries makes a lot of sense and can accelerate the transition. However, we think that cooperation should go deeper to include also how energy systems are planned in the first place. Planning with a regional perspective – in addition to a national perspective – means discussing and agreeing with neighbours how energy systems, but also energy markets – will operate across borders. This is of course much easier said than done, but we are convinced that an energy transition made with a regional perspective will be much cheaper for European citizens than multiple national energy transitions done in isolation.

Finally, it is important to recognise the differences in the socio-economic conditions across the region. Some CESEC members may need assistance to develop their national plans and mobilise the required investments. Here, European institutions, international organisations, development agencies and multilateral banks can and must play an important role in supporting these countries moving forward.

IRENA’s final report was launched and discussed at the latest high-level meeting of the group on October 2, 2020, where CESEC Members stressed the ‘value of renewables for a cost-effective, low-carbon, integrated, safe, sustainable, environmentally sound and secure energy system’.

This article was originally published on energypost.eu.

Luis Janeiro is a Programme Officer at IRENA

Seán Collins is an Associate Programme Officer at IRENA

Ricardo Gorini is a Senior Programme Officer at IRENA 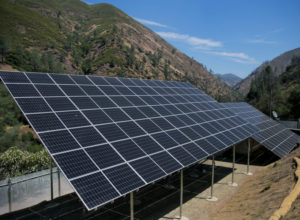