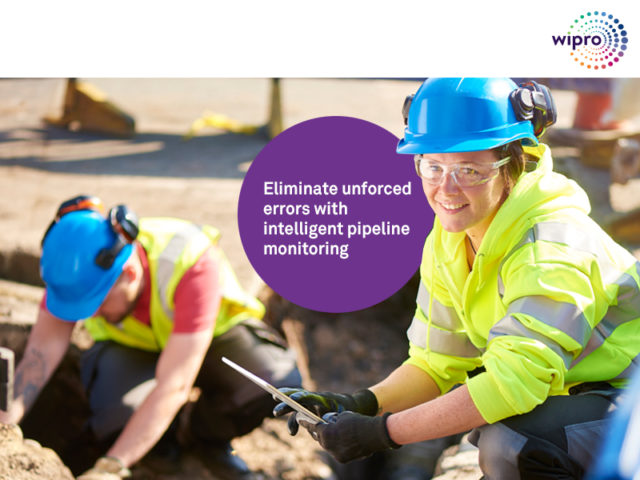 Fans of the sport would agree that many a tennis match has been lost due to an unforced error at the worst possible time.

When gas pipelines are ruptured by entities involved in excavation or similar activities, it leads to quite the scare. Buildings are evacuated, city blocks are temporarily closed and precautionary measures are taken which all contribute to a disruption of life and economic activity. Enter the heroes: utility emergency crews with their excellent training and tools move in quickly, isolate the problem and restore normalcy.

However, there are also instances where no one has been excavating, or there is no one to report a problem when natural land movements cause backfilling or padding to deteriorate. Gradually deteriorating pipes or consistently overloaded sections of a system are prone to catastrophic failure. Occasionally, incorrect operation goes undetected until it is too late. In most cases these are only discovered when there is an explosion. In some parts of the world, metallic gas pipelines are corroded to a point where the pipeline is no more than a semi-porous clay conduit. In times like these, there is not much sympathy for the utility, and they may even be held liable for losses.

The pain of unforced errors

The United States has over 2.35 million miles of gas distribution networks. Data from the Pipeline and Hazardous Materials Safety Administration (PHMSA) in the US shows that over 38% of incidents reported by gas distribution pipeline operators since january 2010 were caused due to reasons other than ‘excavation’ and ‘other outside force damage’. Every two or three years, when it appears that these seem to be brought under control, we see a spike that reverses the gains made by the industry. This indicates that factors like age of construction, methods of cyclic inspection, successful technology pilots, and changes in perception of risk might be at play.

Trends aside, these incidents also trigger greater media attention and generally incur a high cost in terms of restoration efforts, compensations, and regulatory costs. Regulators and other stakeholders are asking distribution companies to modernize their systems and processes by enhancing cyclic inspection methods with more real time monitoring and incident prevention. Technology like SCADA has always been at the disposal of pipeline operators, and being able to make actionable sense of all the data and prioritize maintenance dollars to the right cases is the current challenge.

If it could speak what would the network tell you

Even among the utilities that have SCADA systems, there are a few shortcomings in the use of the SCADA information, such as trends and alarms to detect and prevent problems. Firstly, SCADA systems may not extend to all levels of the network. The primary reasons being cost, and limited availability of power and communications. Secondly, there is either too much data or too little useful data returned to operators to allow them to take actionable decisions.

Telemetry data that is captured by the SCADA system has preset alarm levels (set manually) and any breach attracts the attention of the control room staff. An operator calls a technician to visit the site and determine if the repair requires a work order or if the alarm was caused by an acceptable deviation from the normal operating state. While communicating with the technician the control room has to relay all related information about the site and the field device so that the technician is able to proceed directly without needing additional assistance. This is also true for additional findings that the technician needs to relay back from the field. Logs are manually maintained and actions are based on the experience and judgement of the parties involved. Actions include combinations of resetting the alarm, emergency fixes on site, scheduling a larger piece of work, or modifying alarm setting.

Combining the strengths of digital technologies

Low power IoT (Internet of Things) sensors are now very economical, and these are available with batteries or solar power packs additionally, the cost of communication devices, services and overall maintenance of devices and sensors makes IoT an efficient extension of telemetry systems like SCADA. These devices can capture a variety of parameters and can also be remotely configured to change the measured parameters or the rate of sampling.

In the same manner as a data scientist works with a sample data pack, strategically placed devices coupled with an intelligent IoT management system can enhance the picture that the SCADA system provides. Enabling temporary verbose logging under critical conditions allows for a more detailed picture of the behavior of a part of the network.

IoT on its own brings in several benefits that include access to cost-effective monitoring feeds and ability to measure a variety of parameters. But combined with other modern technologies such as big data analytics and artificial intelligence (with machine learning), it forms the basis of intelligent network monitoring. These technologies are mature, accessible, easy to implement and affordable. Big data analytics allows the utility to combine data from IoT, SCADA, other OT systems, asset maintenance, engineering and planning, weather, and geology to produce meaningful insights. Artificial intelligence works its way through problem scenarios making increasingly accurate decisions and triggering the next course of action.

“One of the key challenges of our distribution business is to be able to identify and locate our facilities after they are installed. As a part of track and trace ability proof of concept, our team utilized the beta version of collector app with the help of Wipro which was tested for the first time in the industry.” – Rick Dion, Manager Construction, Avangrid

The future with intelligent pipeline monitoring

An intelligent pipeline monitoring system would continuously look for patterns and be able to trigger an action as soon as it sees a known set of events that are likely to lead to a failure in the pipeline network. It would be self-learning, adding new patterns and improving its ability to detect matching conditions. Anomaly detection systems would look for uncharacteristic deviations that might help identify a different type of problem.

While to some extent self-healing is covered above, intelligent pipeline monitoring allows the utility to go even further by allowing the network to optimize itself. This occurs in two stages. In the first stage automated feeds would update engineering and planning systems for design parameters such as constraints and tolerances. In the second stage the network would operate like a fully autonomous robot, actively operating control systems and dynamically modifying settings, in response to supply and demand, market trends and weather forecasts. A robot that has the intelligence to deliver the perfect outcome in every situation. A robot that serves aces.

Dinesh works at Wipro in Texas, with a specific focus on utilities in North America. He helps clients evolve and modernize their businesses through digitalization and through leveraging new capabilities of the smart grid. Dinesh has almost two decades of experience spanning across consulting, engineering and sales in the utilities, renewables, and sustainability sectors.

He can be reached at: dinesh.rajan@wipro.com