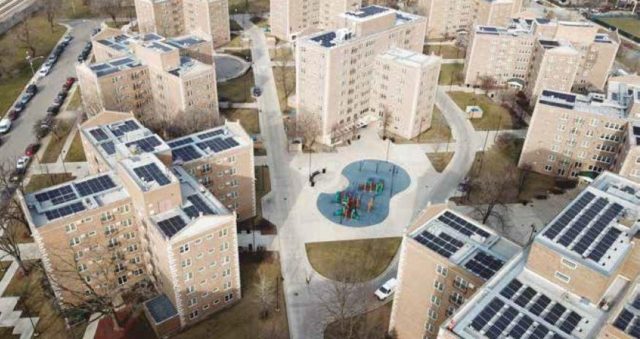 Chicago’s Bronzeville Community Microgrid (BCM) on the city’s South Side is laying the groundwork for the rapid future growth of distributed energy resources (DER) and technical innovations to enhance grid resilience and security.

Developed by Chicago-based energy company Commonwealth Edison (ComEd), the BCM will connect to a microgrid already serving the nearby campus of Illinois Tech, creating the first utility-operated microgrid cluster in the US. It is scheduled to be fully operational in 2020.

In 2019, the utility tested an ‘islanding’ of the microgrid cluster to confirm the ability of the microgrid to provide resilience of the electric system in the face of either severe weather conditions or in the event of a cybersecurity attack. During the test phase, the BCM was disconnected from ComEd’s main grid, effectively placing it into ‘island mode’, yet it proved capable of providing sufficient power to service its customers. The microgrid integrates and utilises distributed energy resources (DERs) such as battery storage and solar photovoltaic (PV) sources. “This test is an important milestone for ComEd and the Bronzeville community, and numerous supporters in government, academia and industry,” said Terence R. Donnelly, president of ComEd.

The project began in 2016 when ComEd received an initial development grant of $1 million from the US Department of Energy, followed by an additional $4 million grant during the course of the project.

The project has provided ComEd with the opportunity to innovate and develop technology to support the integration of 750 kW of solar power with 500 kW/2 MWh of battery storage, and it promises to create the groundwork for significant advancement in how electric utilities design and operate the grid. ComEd submitted a proposal to the Illinois Commerce Commission (ICC) to construct the first utility-operated microgrid cluster, which was to be located within the Bronzeville neighbourhood. The proposal was approved in February 2018, in part because the microgrid cluster was seen as the perfect way to enhance grid resilience and security by creating a ‘laboratory’ to study ways to maximise the value of the interaction between two microgrids.