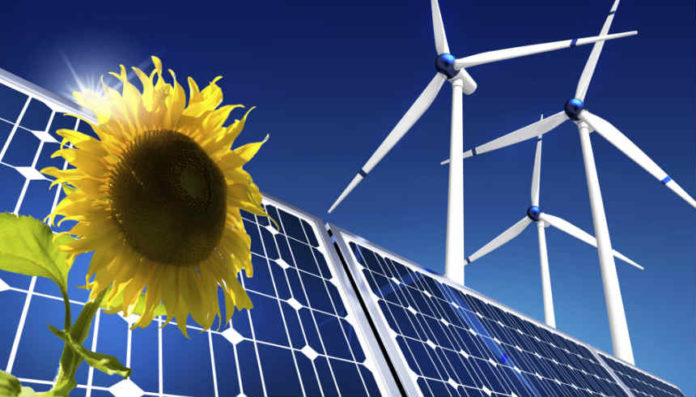 The whitepaper ‘Financing India’s Clean Energy Transition,’ provides a breakdown of the country’s renewable energy sector. It analyses significant changes which have shaped the country’s clean energy landscape since 2012.

The BNEF discusses various factors which are more likely to influence the direction which the sector will take through to 2040.

Factors such as growing power demand due to an increase in population and economic activities are projected to drive the country in increasing its investments in clean energy projects.

Despite the issue of meeting power demand, environmental policies on carbon emission reductions have forced the Indian government in setting up a target to install 175GW of renewable energy by 2022.

The target is expected to be met by solar and wind.

The passing of clean energy target has led to Indian state governments drafting policies in support of boosting their clean energy adoption.

The setting of the renewable energy target by the Indian government is expected to help the government and utility firms connect some 300 million people currently not connected to utility grid power, and affordable, reliable and clean energy.

To ensure accesss to electricity to the 300 million people, India is expected to create a market of more than $150 billion in clean energy generation alone between 2016 and 2022.

The organisation states that in total India will need to invest up to $100 billion in asset finance and $30 billion in equity financing between 2016 and 2022.

However, in its New Energy Outlook 2016, BNEF states that India need to accelerate its investments in utility-scale renewable energy projects such that the sector grows by 14 times to reach a cumulative capacity of 484GW by 2040 from 35GW installed at the end of 2015.

The organisation said it forecasts India to spend more than $1 trillion in its power sector of which 60% will fund renewable energy projects.

BNEF gives credit to the growth of the market to increased investments by both local and international firms and institutions through Greenfield investments and acquisitions.

By the end of the 2013 financial year, India’s clean energy capacity had reached 12.5%.

Solar PV has emerged as the country’s mostly adopted renewable energy source with a total of 6.8GW in 2016.

In the past four years, solar generation has witnessed a 59% growth.

The sector has been able to lead the clean energy segment due to its adoption in all of the country’s regions unlike wind which has seen a significant increase in adoption only in the country’s south-west region.

The target to install 175GW of renewable energy by 2022 has paved way for an increase in investments in the utility-scale segment with funding rising from $6.6 billion in 2014 to $10.5 billion in 2016.

The private-public partnership sector has invested 66% whilst the government has invested 49% of the total investment in the utility-scale segment. [India to boost energy conservation with policy implementation].

BNEF recommends the Indian government to increase its investments in utility-scale clean energy projects if the country is to reach its goal of 135GW of utility-scale renewable energy capacity target by 2022.