The EU Energy Commission has issued a paper proposing a new model able to meet the sector's challenges to be implemented in 2020.

Changes applied to the electricity sector should be aimed at reaching the goals of the Internal Energy Market (IEM), which are to ensure affordable and competitive pricing of electricity, environmental sustainability and supply security for everybody in Europe.

This is according to a new report ‘Options for Future European Electricity System Operation’ released in December 2015 by the European Commission, prepared by a consortium made up of research and consulting companies Ecorys, ECN and DNV GL.

The report, which analyzes the region’s current landscape, gives recommendations for the development of a target model for transmission system operators (TSOs) implementable in 2020.

According to the EU, the report’s mandate is to identify and describe options for an alternative organisation of system operations and planning functions that are key for effective, secure and cost-efficient operation of Europe’s transmission networks.

The report identifies current efforts to improve coordination between TSOs and embedding the efforts into network codes, a vital step towards the transition to a smarter and secure grid.

However, the study findings state that issues such as weaknesses in the wholesale market integration and whether developments in the system operations can keep up with the pace of change in the system as major worries for policy makers and stakeholders.

The consortium predicts the pace of changes in the European system, which is strengthened by an absence of country borders in the physical flow of power, may have negative effects such as loop and transit flows that would affect the optimization towards the goals of the IEM.

To avoid such effects, the report proposes the centralisation of functions executed in long-term network planning by utilities on a regional basis as the first step Europe should implement in developing a target model.

The study predicts removal of national borders between countries by operating them as normal connections within the control area of Regional Operational Centres (ROC) can bring major benefits to the market, RES integration and security of supply such as capacity calculation, congestion management, adequacy assessments and balancing.

In the model, Regional Security Coordinators would serve as a basis to further develop the ROCs.

The model will also include long term planning and adequacy assessments being executed at pan-European level, as well as coordination of the developments in the geographic regions of the different ROCs.

Furthermore, the report lists parties that need to be involved in the governance of System Operations of the proposed model.

The study suggests that the European Commission formulate general energy policy and directives, legislative powers including 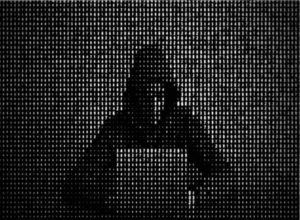