Ireland’s national smart metering programme (NSMP) is considered to be “broadly neutral” when it comes to comparing costs against advantages with expected annual savings of €16.20 per household.

This is one of the findings from a report commissioned by Ireland’s Commission for Energy Regulation to update the costs and benefits associated with the roll-out of a National Smart Metering Programme (NSMP) for electricity and gas smart meter rollout first prepared in 2011.

The data, prepared by consultancy PwC, states: “Given the scale of overall NSMP expenditures, as well as the significant uncertainty which still attaches to certain of the most significant assumptions of cost, the result should be interpreted as broadly neutral.

“Equally, certain benefits attaching to smart metering (e.g. enablement of smart grid and greater use of renewables) are not capable of quantification and, for this reason, not considered in the analysis.”

For a residential household with a smart meter, in home display and time of use (ToU) tariff, the average annual saving on an electricity bill as a direct result of smart metering is €16.20.

The reports explains that the saving results from an overall reduction in energy consumption (i.e. from 4,573 KwH per annum to 4,439) as well as from a reduction in the share of the energy consumed during peak hours and a revised tariff structure which promotes this behaviour.

It adds: “This benefit is assumed to be realised in full in the year when the smart meters, displays and ToU tariffs are installed and sustained thereafter for the full programme period.”

Under the NSMP, electricity smart meters will be rolled-out on a constant basis between 2017 and 2020 to private residences, as well as to SMEs.

In-home displays are provided in private residences only and are installed with the smart meter.

Meanwhile, time-of-use tariffs will be introduced to private residences and SMEs one year after installation of the smart meter.

Flexibility to ensure a cost-effective energy transition in the UK 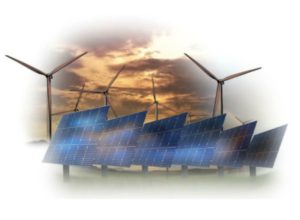