Home Resources Reports & white papers Modernizing the US grid: which states are winning? The results are in
Facebook
Twitter
Linkedin 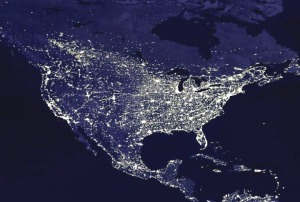 In the US, the GridWise Alliance and Smart Grid Policy Center this week released the 2014 Grid Modernization Index (GMI).

Now in its second year, the GMI evaluates and ranks all US states based on their progress in modernizing electric systems with smart grid technologies.

The report also provides insights into some of the relationships and connections between state policies and regulations, customer engagement, and utility investments in the modernization of the grid.

How states are ranked

The GMI ranking system or ‘scorecard’ applies a set of criteria to evaluate the progress of state grid modernization efforts in three key areas:

The report states that 2014 has been an active year for developing grid modernization state policies, investments, and activities.

Some of the major state developments worth noting, include:

• California’s efforts to address issues associated with an increasing penetration of both central and distributed renewable generation. These efforts include new requirements for utilities to develop plans for achieving new energy storage targets and developing distribution resource plan to accommodate a greater percentage of distributed energy resources (DERs).

• Texas continues to lead in the implementation of deregulated retail services and in effectively integrating large-scale wind generation including large-scale energy storage. ERCOT has an effort underway to “rethink” the entire existing set of ancillary services.

This year’s Index ranks all 50 states and the District of Columbia.

As in 2013, California and Texas tied for the highest overall score, with Illinois…