“Making predictions is a risky activity” says the authors of IBM’s new report the ‘Future of Energy and Utilities’. 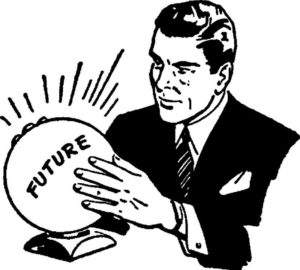 “Making predictions in the utility industry can be perilous”, it continues but despite the peril, IBM has stuck its neck out in this report released last month by highlighting some “clear utility trends emerging on the horizon”.

Of the five technology ‘happenings’ that are shaping the utility industry, IBM lists: the internet of things (IoT), IT and operational technology, situational awareness, big data and cloud.

Changing use of technology

On IoT, the report states: “Utilities helped create the internet of things. Numerous assets and control devices are spread over their utility operating territories and for more than two decades, they have collected information and used it to benefit their business.”

Up in the cloud

On the subject of big data and storing it in the cloud (a concept that utilities are slow to embrace), the report believes that new entrants to the utility space are using this technology as it is cheaper and easier to deploy.

IT and operational technology will become flatter, peer-to-peer and increasingly operating in real time, while in the future, utilities must make the support of situational awareness paramount to their customer interaction.

For a peep behind the curtain at what the future may hold, take a look The Future of Energy and Utilities.