With the developing demands of utilities and regulators and advances in technology, developments are continuing apace within the meter and its associated infrastructure to meet the requirements for an advanced metering infrastructure (AMI) that is truly ‘advanced’, or as it is widely referred to, as ‘smart’.

While utilities, it appears, are in little accord about what constitutes ‘advanced’ or ‘smart’ in the context of metering, the vendors are clear: It is the ability to measure the usage of electricity on a time basis, coupled with a two-way communication from the meter to an external point and vice versa. 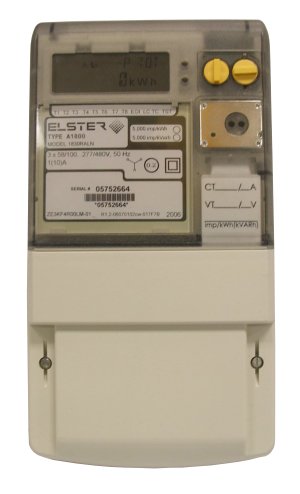 “We believe that ‘communication’ is what enables a meter to be smart, and in particular always-on communication, which can then support other functionality,” says Britton Sanderford, chief technology officer for Sensus Metering Systems. Sharon Allan, president of Elster Integrated Solutions, says that her company’s view is that “a smart meter is one that has the ability to time differentiate when electricity is used and to communicate a range of information, not only consumption related.”

“For gas, a smart meter includes the possibility to add an integrated valve security device, which can be activated remotely in case of leakage, overflow or fire,” says Michaël Ohana, marketing manager of Actaris’ Gas Division. Allan comments that she feels there is a lot of “marketing hype” around smart meters as the concept is not new. “Time-based meters have been around in the C&I market for over 20 years,” she says.

“But what is new is that over the past five years costs have driven down to the point that it is now feasible to install the technology in the residential market.” The technology is also constantly evolving with ongoing new W developments, and those that are currently under way by the various vendors include features such as internal connect/ disconnect, tamper and safety functions and enhanced memory. But topping the list is the communications device, which Allan says is by far the most costly individual component and a significant proportion of the final end price. 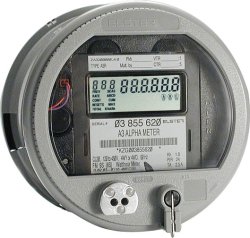 “There are a whole host of communication protocols, the use of which varies across continents and regions and even countries, and so there is no one ubiquitous standard and nor in reality could there be,” she says. As a result vendors work with most, if not all, of these protocols, also integrating in any new ones as they emerge.

Sanderford says that the level of integration is crucial to how effective smart metering functions can be accomplished. He also comments that a trend that has become apparent in the US in recent RFPs (requests for proposals) is the demand for remote firmware upgrade capability as a means to hedge against premature product obsolescence and allow support for functionality such as prepayment, even if it is not going to be enabled immediately.

“With evolving policy and regulatory demands utilities are looking for ways to future-proof their AMI investment. Prepayment metering is an example of a service offering that, although not widely utilised in the US today, could become part of an effective energy management programme in the future,” comments Sensus’strategic accounts director Arlin Rummel, adding that prepayment programmes are being tested at several utilities with reported high levels of customer acceptance.

Almost every metering system is ‘personalised’ at some level, even if, as Allan notes, it is only at “the level of the nameplate.” But with the range of functionality that is available they can only become increasingly personalised. “Utilities are increasingly seeing metering as a means to differentiate the deals and services they can offer consumers. Therefore the need to personalise functionality both in meters and systems is increasingly relevant,” says Nigel Butcher, marketing manager of Actaris’ Electricity Division.

Another area of interest, he adds, is multi-energy solutions, such as combined electricity and gas solutions. “More and more utilities are becoming multi-energy and they would like a personalised and ‘common’ solution, in particular for gas and electricity meters.” Butcher believes that the personalisation should be taken across both meters and systems, by “leveraging the functionalities being provided by the new smart meter platforms.” “Utilities will increasingly find out that end user oriented marketing strategies can indeed be differentiated, as they reap the benefits of better understanding their customer base,” he says. “Personalisation at the meter level gives consumers access to enhanced user interfaces and additional functionality that would otherwise be limited.”

But also the business case is crucial: “Utilities have different drivers in their management processes, and they have different drivers in their cost recovery,” says Sanderford. “For example one utility might want a remote disconnect in all their meters whereas another’s business case requires it in only one percent of the meters.” All of which, Allan says, requires the vendors to be “highly flexible” in their manufacturing operations. Increased functionality, usually requiring additional components and equating to increased complexity, not least because of the additional demands on the power supply, inevitably also adds to costs, but as Sanderford notes increasing volumes are helping to contain AMI prices.

What, then, is in prospect over the next few months? “We have a number of new things coming out,” says Elster’s Allan. “We will be seeing enhancements in automation on the gas side. Also we are looking at extensions beyond the meter into the home. Communication integrated into the meter opens the way for people to do more things, such as home control.” Sensus too has a number of new products in prospect. “We have a new smart single phase iCon AP meter with advanced time based functionality that is designed to be an integral component of a total system solution. We are also extending the application of electronic metering technology to non-traditional ANSI enclosures for use with un-metered loads such as street lighting and other small loads currently billed on a flat rate,” says Rummel.

As does Actaris with their ACE4000 and ACE 9000 ranges of smart electricity meters and their TaleXus and Vantage systems platforms. “And we are developing new smart gas meter platforms incorporating low power radio and wired M-bus solutions,” adds Jean-Paul Piques, residential product manager, Actaris’ Gas Division. The three vendors are agreed that no one party is driving meter developments and that it is a combination of utilities, regulators and the vendors themselves. “A natural dynamic tension exists,” says Allan. “No one party could do it, and ultimately it comes down to what the benefits are for the consumer, at least in a regulated market.

In an unregulated market the investor is looking for a return in the investment. “But we, of course, have a key role to play in educating and speaking to our customers,” she says. Sanderford says that we are now at a “unique point,” in terms of a convergence of the technology, at the right price point, with the issues to be solved around energy management and conservation. Rummel also suggests that the current movement towards deregulation for the supply of electricity is likely to be a stimulus for real time and critical peak pricing and other tariffs which reflect the actual cost of electricity delivery, and that this will be a driver of smart meter growth.

Butcher comments that the market drivers are also tending to migrate away from regulatory mandates towards commercial imperatives as organisations seek to increase commercial share and profitability in deregulated markets. He also notes that the market drivers vary significantly across the major geographic markets and probably will continue to do so. “Though the business models may eventually converge as more deregulation is introduced, we believe that some degree of technical difference will remain, as local constraints, when it comes to communications, will not disappear overnight.” 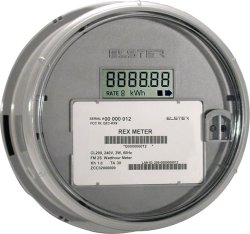 With the growing demand for the rollout of AMI, in particular in the US currently, the three vendors are gearing up for increased production, and working not only harder but also smarter. “We utilise a ‘manufacturing cell’ system for production and are increasing the number of cells to meet demand,” says Sanderford. Allan also comments on increasing capacity, including moving to multiple shifts. “Everyone is working very hard to do what is needed to meet the requirements,” she says. But underlying any developments is the R&D. “Investment in R&D resources for both products and systems, and the development of strategic partnerships with technology providers, is crucial,” says Ohana.

Looking to the future, Allan says that continued development can be expected for many years, particularly in the area of communications. For example the point is not far off when it will be possible to cost-effectively incorporate multiple communications protocols into a single meter, she says. “Last month we saw the appearance of a silicon transceiver with WiFi and WiMax, and we can now anticipate being able to incorporate two communications protocols into a meter for much the same price as one now.” Sanderford suggests that the meter of the future may not have a display. “In an AMI world the need for displays for meter reading is fast disappearing,” he says. “And of course anything that can be removed will improve the reliability and reduce costs.”

He also comments on the role of AMI as not just being associated to the meter but forming part of the smart grid of the future and aspects such as monitoring and control. “Smart systems are going to lead to ever-increasing data being collected, which will drive the need to create knowledge out of this data, and thus to developments around meter data management and data warehousing.”

There also will be increasing empowerment of consumers to monitor and manage their personal energy consumption, Piques expects. “We can expect better user interfaces, enhanced user friendly information and better energy controls,” he says. Another key future issue referred to by the vendors is interoperability, and for Allan this is vitally important.

“There is a lot of talk about ‘open’ standards but that does not guarantee that devices can talk together. Interoperability is more important, but that requires collaboration among the market participants,” she says. “It will also be good for competition and the industry can compete on who delivers best for the customer.”