The company has placed an initial order with AMR technology developer ConectiSys Corporation for 500 H-Net™ units, which will be deployed in areas of suspected energy theft in the country’s capital city, Managua.

ConectiSys is engaging in a $40 million plus venture with Gas Natural Fenosa. It has been estimated that to reduce or substantially eliminate theft in Managua, an installation of approximately 150,000 H-Net™ units would be required, saving the company approximately $43 million per year, or $640 million over the next 15 years.

The initial release is in the form of a 12-month lease purchase for 500 H-Net™ units. The H-Net™ BaseStations and intellectual properties are wholly owned and maintained by ConectiSys. The potential coverage is 600,000 units in this region.

ConectiSys Corporation regards the purchase order as a major milestone and in a statement the company says that many opportunities are beginning to show promise, not only through future expansion within the coverage areas of Gas Natural Fenosa, but also in Panama, Costa Rica and Colombia.

The order follows the completion of a 10 unit pilot in which the H-Net meter system was evaluated for 60 days, completing phase 1 of an agreement that was concluded between the two companies in November 2009.

ConectiSys expects to supply and install initially approximately 500 meters per month and a total of at least 16,000 meters per year. The company also expects to install the H-Net technology for Gas Natural Fenosa in Panama and Guatemala, where also there are high levels of theft.

ConectiSys is also in the process of finalizing a manufacturing agreement for manufacture of the H-Net system in Costa Rica for its deployments in Latin America.

Gas Natural Fenosa, with more than 20 million customers in 23 countries, was formed in a two-year merger that was completed earlier this year of Gas Natural and Unión Fenosa.

Communication with the end customer device 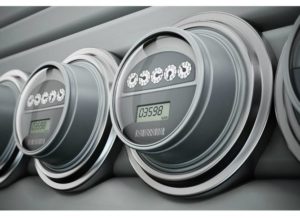 Communication with the end customer device