Terasen Utility Services has appointed Bill Paine as vice president of sales and Kevin Campbell as national account manager for the eastern US. Paine previously spent ten years as president of Terasen International. Campbell has spent 26 years with Consumers Gas, and seven years running his own consulting company Camtec Enterprises.

Enermet has appointed Antti Aumo as the group’s metering business director. The appointment takes effect on 1 March 2005. The present holder of the position, Stephen Jeston, continues as the executive director of Enermet’s Australasian operations.

Jerson Kelman has been nominated as the new president of Brazilian power regulator Aneel. Kelman presently heads the water resources regulator ANA. He replaces Mário Abdo, who has been head of Aneel since its creation in 1997.

Gary Swofford, former senior vice president and COO for Puget Sound Energy, has been appointed to the board of directors of Tantalus Systems Corp, a designer and manufacturer of data communications networks for utilities.

Renzo Tani, a former CEO of Siemens SpA in Italy, began his three-year term as president of the IEC on 1 January 2005.

UK energy regulator Ofgem has announced the appointment of Philip Davies as one of its new directors of markets. He was previously with the Civil Aviation Authority, and has held positions in Enron, Aquila and Nuon.

Tim Smith, previously editor of The Wiglaf Journal, has joined Tantalus Systems Corp. as account executive for the Midwest region. 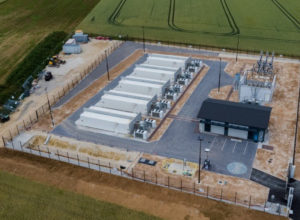