By Nathaniel George and Felix Julien

Dominica, an island nation in the Caribbean Sea, has been nicknamed the “Nature Isle of the Caribbean” for its seemingly unspoiled natural beauty. However, for Domlec, the local utility company, that beauty was once marred by challenges in its business model. 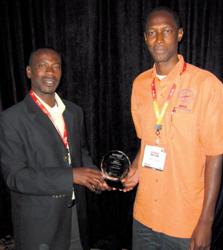 Domlec had suffered from $1 million in bad debt write-offs, a figure that was overwhelming for the tiny utility. Commercial losses were at 8% and the utility needed to replace about 26,000 older, worn meters. Realising that it needed to reduce costs and lower tariffs, improve customer satisfaction and ultimately improve its cash flow, the utility was forced to consider alternative ways of conducting business.

As part of its revamped business plan, Domlec initiated a prepaid electricity system, launching it in the second town of Portsmouth in 2003. By last summer, more than 7,000 customers were using the prepaid system.

Today, the system is commercially available throughout the island. The system’s advanced technology and special prepaid billing software allows delivery of electricity to customers who are having problems paying for high up-front deposits or high monthly electric bills, without the need for contracts or credit checks.

The system eliminates the need for customers to pay deposits and reconnection charges. Customers are now able to take full control of their electricity consumption by paying “what they can, when they can” – meaning they are now empowered to pay every few days or weekly to match their payroll cycles.

Customers can purchase power at any one of the 28 payment centres around the island, including retail shops, supermarkets, 7-11 convenience stores and gas stations. Payments of any dollar amount or kilowatt hour quantity are accepted. Soon, as an added benefit, prepay customers can pay online with a MasterCard or Visa debit card via the Domlec website. Customers will also be able to view their consumption, payment and communications history at the same web portal.

In the future, Domlec plans to leverage the EnergyAxis System for other smart grid applications, including distribution automation and demand response once the system is fully deployed.

In announcing the prepay programme, the utility launched an impressive public relations campaign to keep customers informed. The programme was launched on the morning radio talk shows, which have a very high listener penetration, and Domlec also has its own 15-minute radio programme, “Power Talk”, in which the company’s public relations officer conducts interviews with company personnel.

Following the launch of the radio interviews, the utility published a column in the island’s weekly newspapers called “Domlec Corner”, introduced “Domlec Quiz,” a radio programme where winners received free electricity, and erected billboards around the city. The utility also sponsored a carnival queen pageant promotional video, which has been posted on YouTube and held community meetings to inform citizens about the prepay programme.

Building on the success of its prepayment programme with the deployment of Elster’s EnergyAxis™ System in 2008, Domlec launched a smart grid pilot programme to realize its business vision. Last summer, EnergyAxis was deployed in the capital city, Roseau. Over the next three years, some 26,000 smart meters will be deployed around the island, allowing Domlec to realise improved operational efficiencies.

For its efforts, Domlec has received international recognition. In addition to the Smart Energy International Excellence Award, the company In February received the 2010 Elster EnergyAxis Award, in which it was commended for outstanding customer service for its popular and consumer-friendly prepayment programme.