Just like a stretched rope, the relationship between meter manufacturers and their customers is elastic. In such a system, whenever there is tension, there is stored energy – anyone who has seen a tensioned rope break will know the damage it can cause. Customers pull products in various directions and manufacturers can either follow or choose to hang back. If they simply follow, they risk incoherent product strategy and wasted investment. If they hang back, they create tension in the system and risk a damaging break.

In many meter markets today it appears that the rope is being stretched too far. A collection of small, but increasing forces are having an impact on utilities’ marketing, operations and management:

However, ranged against these stresses are the sunk costs in metering infrastructure and the difficulty of matching the costs and benefits of new metering technology in any one department of a typical utility. Smart metering has value to billing, customer service, marketing and new product development as well as asset management, but quantifying those values has proved very hard. For example, UK regulator Ofgem’s electricity Domestic Metering Innovation Consultation in 2006 showed that all parties in the supply chain agreed that smart meters had benefits, but no one party derived enough benefit to pay the high costs of smart meters.

The result is paralysis and acceptance of the status quo, with the primary considerations of meter purchasers being cost and reliability, rather than the ability to support business processes that allow their organisations to respond to the new market forces. In electricity, market estimates put electronic meters as 13% of the world’s meter population, although this figure is forecast to grow to 18% by 2010 (ABS Research). The percentage of smart metering in water and gas is extremely small.

So utilities are facing an internal disconnect between what their marketeers and asset managers would like to achieve through meter ownership, and what they can afford to finance. This has been the case for many years now, and means that 100-year-old technology is still widely in use.

Consider this: electricity metering was first deployed in the 1870s and the technology (electromechanical) stayed largely unchanged until the 1980s. In gas the bellows (diaphragm) meter was invented in 1834 and is still in use today. In water both turbine and piston meters were invented in the late 1800s and still dominate the market. Only a small fraction of the world’s installed meters do any more than their early counterparts did. So in many countries, utility distribution and supply business models are as constrained by technology now as when metering was first invented. 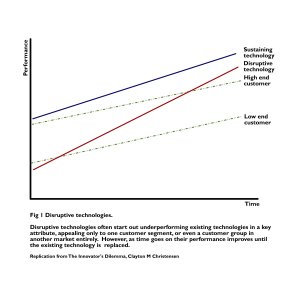 Is there any reason why this situation should change? Sure, the rope is being stretched by all these new market forces, but other factors are in play too. Importantly, over the past 10 years meter manufacturing has become a global business. This has created specific opportunities for new market entrants: entrants who can provide smart meter functionality at prices close to existing dumb meter solutions.

And the chances are these new players will not arrive from within the ranks of existing manufacturers. Any new entrant to marketing smart meters would need the manufacturing expertise and facilities to produce a long life electronic product for a competitive cost point. Look around you: that description covers the world’s largest consumer electronics companies. It’s no coincidence that several of these names already have small meter lines which sell into their domestic markets. These companies will not have failed to notice the enticing opportunities offered by developing countries.

A competitively priced smart meter for water or gas would be a truly disruptive innovation, although that alone would not guarantee market entry, as Wikipedia observes: “There are several examples where the disruptive technology outperforms the existing technology but is not adopted by existing majors in the market.

This situation occurs in industries with a high investment into the older technology. To move to the new technology, an existing player not only must invest in it but also must replace (and perhaps dispose of at high cost) the older infrastructure. It may simply be the most cost effective for the existing player to ‘milk’ the current investment during its decline – mostly by insufficient maintenance and lack of progressive improvement to maintain the long term utility of the existing facilities. A new player is not faced with such a balancing act.”

So, new entrants to the market would be looking for opportunities in countries where the established value of infrastructure is low but the opportunities for expansion are interesting. There are a number of markets that meet those criteria. These include developing countries, and notably the BRIC markets (Brazil, Russia, India and China) which have a lower investment in existing meter infrastructure, typically high rates of growth for their infrastructure connections, and often local issues that make the enhanced functionality of smart meters particularly attractive, for example, energy theft, drought and earthquake risk.

They also have a track record in wholesale adoption of disruptive technologies – not only do 59% of India’s telephone customers rely on the mobile phone network, rather than fixed line, but according to industry press substantial tenders are in the pipeline for millions of next generation technologies such as VOIP, GSM and 3G. So these markets are growing, often well funded (through international development grants as well as domestic investment) and they have both an interest in the latest technologies and a proven tendency to skip over established market solutions.

Will they really deploy 100- year-old technology? And what will be the knock-on effects on western meter markets? Think this through. Country X has a programme to roll out high quality drinking water to all of its large population. It is perhaps part funded by international development grants. Country X invites tenders for the metering system (let’s call that the point of sale system). They get responses from world-class global manufacturers offering cost-effective but functionally limited meters which are the equivalent of cash registers, and small, indigenous manufacturers offering similar functionality at lower cost but lower quality.

One submission is different. It’s from an electronic equipment manufacturer and offers the equivalent of a fully electronic point of sale system with built-in communications interfaces based on a new technology. It is an ideal platform for building new functionality and so supporting new business models. Its production does not require the traditional skills of a meter manufacturer. Its price is already in the right ballpark and the core technology shows promise for significant future cost reductions.

The bidder is betting that this one order will justify its development costs and that they will then have a game-changing new system to offer elsewhere. They choose a local contract equipment manufacturer to further sweeten the deal. They hint that future exports will be enormous and bring benefits to the local economy. Driven by these compelling arguments, and despite the inherent risks of being an early adopter, Country X buys this new technology.

Country Y now sees this technology and wants something similar. Because its core components are electronics and firmware rather than precision mechanics, and it uses cross-industry standard communications, the design is simply adapted to meet the new requirements and the new entrant grows its market share. Meanwhile, the manufacturers of the old technologies respond. But the long life cycle of meter development is against them – they will need at least two years to develop new models and get them through certification and trials.

In the meantime, they have to cut their prices to retain market share. Their private equity backers flee and they are no longer able to service their debts and invest in new technology. It’s now just a matter of time. Implausible? Anyone who grew up during the demise of the once great British motorcycle industry would see history repeating itself. To quote from a fascinating account of the manufacturers of the time, Triumph, Norton, BSA and others:

“The final blow to the British motorcycle industry came with the increasing import of Japanese motorcycles into the USA and European markets. Less expensive than domestic machines, they were more reliable, and showed more innovation and engineering development than their British counterparts. British companies were too slow to react to the competition: their roots were essentially Victorian in both management and production.” (Ian Chadwick, www.ianchadwick.com/ motorcycles/britbikes/index.html ) Try replacing ‘British’ with ‘Western’ and ‘motorcycle’ with ‘meter’.

In short, the opportunity is there, the players are there and the long term prospects are good. Established meter manufacturers had better move first, because their options to respond could be very limited.