Wireless communication has become increasingly popular in the utility space, especially around Automated Metering Infrastructure (AMI) systems. Because of WiFi’s widespread popularity, maintaining communication standards is important and necessary to ensure interoperability between different components and different systems. Meter manufacturers and AMI vendors are paying attention to this shift and starting to develop their systems to better comply with the emerging set of standards from the Institute of Electrical and Electronics Engineers (IEEE). The adoption of these standards by AMI technologies is critical for increased wide-scale adoption of these technologies, leading to increased energy conservation and operational efficiency. 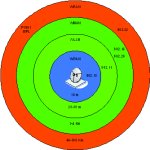 This article provides an overview of specific IEEE standards, what they mean to the energy and utility industry, and how organisations can utilise them to move their businesses forward.

IEEE 802: A network of wireles standards

The services and protocols specified in the IEEE 802 series of standards reference the two lowest layers in the open system interconnection (OSI) model, which is a standard reference model for communication between two end points in a network. The model is used in developing products and in understanding the interactions occurring in networks. In general, IEEE 802 standards define physical network interfaces such as network interface cards, bridges, routers, connectors, cables, and all the signalling and access methods associated with physical network connections.

Allowing for more interoperability between different components and different systems, the IEEE 802 standards are becoming more wireless-oriented in their approach, which provides for much greater flexibility in the communications between devices that collect and act on data. These emerging IEEE 802 standards and how they fit into WPANs, WLANs, WMANs, and WRANs is illustrated in Figure 1.

AMI and the PAN: How it works

The personal area network (PAN) standards include two short-range wireless standards: ZigBee (based on 802.15.4) and Bluetooth (based on 802.15.1). ZigBee is intended as a specification for low powered, low data rate networks for uses such as wireless monitoring and control of lights, security alarms, motion sensors, thermostats, and smoke detectors. ZigBee standards are a result of a continuously growing market demand for such wireless applications – many of which require location-awareness.

Based on proximity networking, Bluetooth technology defines specifications for small form factor, low cost wireless radio communications among notebook computers, personal digital assistants (PDAs), cell phones and other portable, hand-held devices with connectivity to the Internet. ZigBee and Bluetooth are currently being developed for use in certain households to monitor and control energy consumption through time-of-use meter data. At any given time of day and at any given price of electricity, certain household appliances can be manually shut down to conserve energy and lower costs through the use of smart meters.

Soon, the smart meters will be wirelessly enabled, so that when there is a need to curtail energy usage or to avoid paying peak energy rates, such as during summertime peaks, AMI can automatically shut off the energy-using devices. The ultimate goal is to make both the smart meters and the energy-using devices Bluetooth and ZigBee enabled, so that the different devices can communicate with each other through a wireless, automated, two-way communication vehicle.

The result is that smart meters will be able to tell a household appliance what to do based on time-of-use data and control them wirelessly, automatically decreasing consumption during more expensive operating hours, and ultimately, conserving electricity more effectively. IEEE provides a standard adapted from the Bluetooth Specification v1.1 Foundation for both Medium Access Control (L2CAP, LMP, and Baseband) and the Physical layer (Radio). The Bluetooth technology was originally developed and is still overseen by the Bluetooth Special Interest Group (SIG).

The IEEE 802.11 standard supports wireless network connectivity to portable devices which may be moving within a local area – hence the name wireless local area networks (WLANs). It specifies wireless networks having a 15-45 metre range and is commonly used in offices, warehouses, homes, colleges, hotels, etc. The LAN allows computers with wireless networking cards to share files, send email, and access the Internet. WLANs are also being used within the energy and utilities industry around AMI.

A common practice within the utilities industry today is the implementation of wireless meters. In a WLAN configuration an AMI data collection device can wirelessly read customer meters in a drive-by meter reading. It works by first installing a reading device in a vehicle. The meter reader then simply drives the vehicle through the WLAN while the reading device automatically connects to the network, communicates with the meters, and collects the meter readings. Data is then transferred into the utilities’ billing systems.

The IEEE 802.16 metropolitan area network (WMAN) standard defines the air interface for fixed and mobile broadband wireless networks in the 10-66 GHz frequency band using a point-to-multipoint architecture with mesh technology. Advanced metering devices connected to the WMAN typically utilise a collector meter to hold the readings from all the meters in the network. In the WMAN, each meter discovers the collector meter wirelessly and then communicates its data to the collector meter which then holds each individual reading until it is subsequently read. Collector meters can typically hold the information from 400-500 meters at any given time. The meter reader can then collect the data from just one meter, as opposed to reading each individual meter.

Using a WLAN or a WMAN in a meter data management solution reduces the need for meter readers to manually gather utility meter readings each month, improves customer service, and controls meter reading costs. AMI also allows billing to be based on actual consumption rather than on an estimate based on previous consumption, giving customers better control of their use of electric energy, gas usage, and water consumption.

Next on the pipeline: the WRAN Standard

The idea behind the standards being developed by the IEEE 802.22 working group is that there are a considerable number of unused frequencies involving VHF and UHF broadcast channels that can be used for wireless networking over wider geographical areas. These frequencies can be used to beam wireless broadband as far as 40 kilometres and will serve areas that do not have adequate wired broadband network accessibility such as cable or DSL access.

The standard in development is focused on defining the foundation for a multi-vendor fixed point-to-multipoint wireless regional area network (WRAN) that will utilise the VHF/UHF TV bands between 54 and 862 MHz. The WRAN standard is expected to be completed in 2008 and once approved, it should open a large wireless broadband market and provide significant economic and societal benefits, both in the United States and abroad.

Broadband over power line (BPL), the IEEE P1901 standard, is the use of existing medium and low voltage power lines in and out of homes and buildings to provide broadband Internet access to consumers and companies. BPL is one of many emerging AMI communication technologies, along with other wireless options, that enable a ‘smart grid’.

Used in conjunction with AMI, BPL offers a new vision for smart metering via meter communications through a ‘smart’ electric grid. The smart grid enables high-speed, two-way communications between the utility and the metering devices, providing greater demand side management capabilities for consumers. With the smart grid, utilities can provide information either directly or indirectly to consumers to allow them to respond to changes in electricity prices.

Using demand side management, consumers can then efficiently manage their energy load and the use of non-essential power-using devices in off-peak times. This technology is also great for utilities because the two-way flow of information allows them to detect exactly when and where there are problems and power interruptions, allowing for the effective deployment of repair and maintenance crews.

Additionally, BPL will provide for digital voice, data and video signals to be carried over and accessed from existing electrical power lines within homes and buildings.

The IEEE 802 LAN/MAN standards have created a strong foundation for both wired and wireless personal (PAN), local (LAN), and metropolitan (MAN) area networks that will enable much more flexible and adaptable networking options for mobile devices. These standards form the foundation for nearly all data communication systems in use today and help ensure that packets are delivered reliably from a source to a destination.

The continued development of the IEEE 802 family of standards means significant strides for the utilities industry, with innovations in meter data management and AMI. Ultimately, it also ensures better service to consumers who will be able to closely monitor and manage their energy consumption.