An estimated 118 million smart appliances will be sold in the next nine years, according to Clint Wheelock, president of Pike Research of Boulder, Colorado.

How those devices will communicate with meters, with the customer and with each other was the thrust of a panel titled “Communications networks and the meter – trends in device communications and smart grid integration,” held on the first day of the World Meter Design Congress 2011 in Dallas in April.

Expertly moderated by Doug Houseman, vice president technical innovations at EnerNex and hosted by Telit Wireless Solutions, the free-wheeling panel was wide-ranging, tackling some of the key issues facing the metering, appliance, networking and smart grid industries on the path to full integration.

The metering industry has moved beyond the fundamentals of developing a smart meter, the panel generally agreed. Now its focus is on developing the interoperability standards,  communications integration, data parsing and consumer ease-of-use that will bring the vision of a true smart grid into fruition.

“It’s not a smart meter network anymore – it’s a data communications network,” said Wambaugh, setting the early tone for the 90-minute panel. He questioned whether the traditional reliance on 20-year lifespans for meter depoloyment was practical, given that cellphones and laptops are upgraded every two to three years. “Will (devices) be driven by life or functionality?” he asked, noting that devices that are going out in the field must be upgradeable by firmware, a notion supported by the rest of the panelists.

Yet convincing consumers and utility boards that faster upgrades are needed to keep pace with the rapid evolution in technology may prove daunting. “Unless this industry can offer a benefit to change, nothing will change,” said Echelon’s Dolin. “That’s what happened in the computer industry.”

NIST’s Nelson echoed that, noting that speeding things up requires companies to see the benefits of pushing standards developments. He noted that some companies pulled out of the ANSI standards arena for lack of a clear incentive.

And where’s the pain going to be in developing the ultimate communications network? “It’s in the network and in the data,” said Josh Roper of Silver Spring, adding that it’s time for utilities and customers to work together to move things forward. However, even such concensus may be problematic in the near term, as utilities are struggling to get the right people with the right skill sets in the right positions to maximize the smart grid’s potential.

As for the potential winner in the race to get a standard for home communications? “In the majority of homes, it’s Wi-Fi,” agreed Wambaugh and Nelson, the latter adding that it “could be something coming along. 15 years ago, there was no Wi-Fi.”

Roper foresaw multiple scenarios before the Holy Grail of the automated home is achieved, and several panelists touted the television remote controller and smart phones as possible energy management solutions.

But at the end of the panel, a lot of fingers were pointed squarely at government as the biggest roadblock, with several panelists calling for FERC and the FCC to allow better use of available communications spectrums and to ease the path of adaptation of new technologies. “If we make (home automation and energy saving) complex to use and adopt, it won’t be used,” said Wambaugh. “It’s all about ease. How can we make it easy to understand and change?”

That, the panel agreed, is the biggest challenge going forward in the meter communications arena. 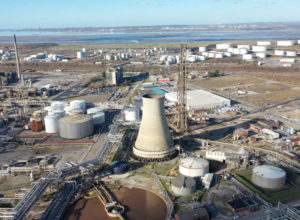 Net Zero Cheshire – towards net zero with a British county