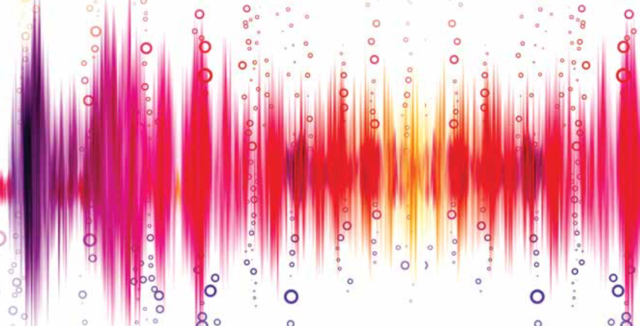 According to the findings of a recent study spectrum ownership and creative deals will become more attractive for long-term utility solutions. Yet, deciding between licensed and unlicensed spectrum requires an understanding of the benefits and challenges.

According to the findings of the study, there are at least a dozen licensed spectrum options readily available and affordable for utilities today. Navigant forecasts spectrum ownership and creative deals to become more attractive for longterm utility solutions.

Metering & Smart Energy International spoke with Elberg, author of the report Accessing Licensed Spectrum for Future-Proof Utility Networks to understand licensed and unlicensed spectrums, their similarities and differences and factors driving utilities’ adoption of each spectrum.

Richelle Elberg, principal research analyst with Navigant Research, commented: “While smart grid solutions that use unlicensed spectrum bands are readily available and have done the job for utilities to date, as more people and things become connected, there is a real risk of interference and performance degradation in unlicensed bands.”

Elberg reports that radio spectrum – the airwaves around us – used for wireless data transmission ranges from the single kilohertz (kHz) level all the way up to hundreds of gigahertz (GHz).

In spectrum that is designated as unlicensed or licence-exempt, any user can operate in the band without a government-issued licence. They must, however, use certified radio equipment and comply with technical requirements, including transmission power limits. This is to minimise interference; yet because users do not have exclusive access to the spectrum, as usage increases, the likelihood of interference grows. Range limits and higher latency may also result.

Unlicensed bands commonly used by utilities are typically in what are known as the industrial, scientific, and medical (ISM) bands. These include the 2.4 GHz band and the 5.8 GHz band (available globally) and the 902 MHz-928 MHz band in the Americas.

Licensed spectrum allows for exclusive use of frequencies or channels in specific locations. They generally offer higher transmit power (which also means fewer nodes and lower infrastructure costs) and better signal-to-noise ratios. But the licences must be paid for.

Some licensed frequency bands are made available on a site-by-site basis, meaning that the licensee has exclusive use of the specified spectrum bands in a point location, with a radius around that location.

In the US, the rights to use commercial spectrum have generally been auctioned and licensed by geographic area, such as economic areas (EAs) or cellular market areas (CMAs), among others. These areas may also be further divided into smaller licences by dividing the band into narrower spectrum slices (disaggregating) or dividing the geographic area into smaller regions (partitioning; e.g., into a single county or an even smaller area).

Most utilities to date have used unlicensed spectrum for their non-critical applications, such as AMI and most distribution automation (which tends to leverage the AMI network).

For more critical applications, utilities may use licensed (or unlicensed) microwave bands, or more often, a wired solution although that is changing. Fibre is being widely deployed to substations but it’s too expensive to put everywhere. Hence there is more interest in licensed spectrum as it gives the utility more control and security.

Unlicensed spectrum bands are used by utilities globally for many applications. Outside of the US you see more utilities using public cellular carriers – for AMI or DA. But in the US utilities more often want to own and control their networks, for several reasons. First, the IOUs are compensated based on capital expenditures and a return based on those investments. Second, in the US, cellular carriers have been slow to adopt M2M appropriate pricing schemes (although most have now) and they have also not been the best at providing high level service level agreements (SLAs) which most utilities demand.

Utilities don’t deploy spectrum – they deploy a network which utilises communications protocols that rely on a specific spectrum band/channels. These may be unlicensed, in which case they only have to use certified equipment; for licensed, they have to buy or lease the licence to get exclusive access to those airwaves.

Primarily getting sign off on the cost of the licence and lack of affordable equipment standards has been the biggest challenge to utilities wanting licensed spectrum-based networks. The Utilities Technology Council (UTC) has lobbied for years to get the FCC to allocate specific bands to critical infrastructure providers, but to date with no success.

Going forward, it is probable the pressure to ensure grid reliability and security from cyber threats will make this a more likely end result – but the wheels of government move very slowly.

Elberg says “utilities should consider licensed spectrum for a variety of applications. In this way they can build a more ‘future-proof’ network that will accommodate new applications and functions as the traditional utility business changes, and as the IoT means the deployment of billions of sensors that will all try and use the traditional unlicensed bands. It’s not really a trend yet but there is growing interest and some investment in spectrum licences on the part of utilities.” MI