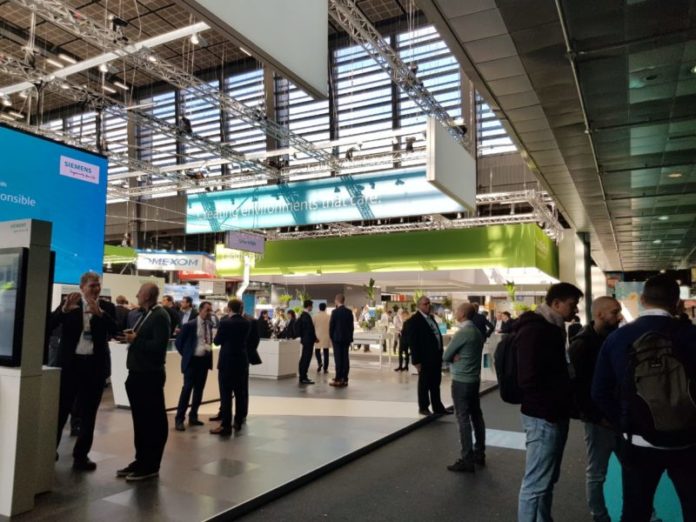 Are we doing enough? This was the question asked yesterday morning during the keynote session by Cedrik Neike, CEO Smart Infrastructure, Siemens.

Neike, of course, was speaking about efforts to decarbonise the energy sector. By a show of hands, the audience response was overwhelmingly that we could and should be doing more.

Neike’s presentation was one of the keynote session presentations which kicked off this year’s European Utility Week/POWERGEN Europe conference in a rather damp Paris.

In all cases, there was a strong focus on efforts to decarbonise – a move that can only be accomplished through digitalisation.

Monlobou spoke about the scale of the challenge and made it clear that this is a challenge that cannot be accomplished by any one company, organisation or country. That the successful transition of the sector can only be done through a concerted effort by all stakeholders to work together. Yet, his was a positive message in which he reiterated that his belief in the abilities of the sector to not only transition, but to flourish.

La Camera, however, cautioned that the transition to a cleaner, low carbon world would not happen without significant investment. He estimated that more than $110 trillion would be needed by 2050 – with more than $1 trillion of that being needed annually in Asia.

The next three days are going to be an important opportunity for the sector to discuss, share and collaborate in order to transform and innovate. Smart Energy International will be here, sharing our insights, observations and thoughts with you.

We launched the Global Power & Energy Elites at European Utility Week/POWERGEN Europe. Enjoy the opportunity to read more about the innovative projects and the energy leaders who make up the focus of this year’s publication.

With best wishes from Paris