Ottawa, Canada —(METERING.COM)— July 14, 2006 – Government’s efforts to promote energy efficiency could cut demand by only 10 percent by 2025, a new study commissioned by the Canadian Electricity Association and  Canadian Gas Association has found.

This is far less than projections by environmentalists and Mark Winfield of the Pembina institute says that while the study explores some of the potential for energy efficiency in Canada, it should by no means be considered as the last word.

Mike Cleland, president of the Canadian Gas Association, says the study results were based on measures that are considered politically feasible, but he admitted that they did not include such proposals as charging the true cost of electricity. “There’s almost no province in Canada where consumers actually see the true cost of electricity – and it’s something that my association advocates, but politically it’s very, very hard.

“If Government were to take all the measures that are technically possible the savings could be 50 percent, but those measures would be highly unpopular,” he says.

The study, which was undertaken by Marbek Resource Associates and MK Jaccard Associates, suggest that the easiest steps to promote energy efficiency have already been taken. “This includes, for example the penetration of higher efficiency appliances, motors and lighting” says the report. “Unless economic circumstances change considerably the potential that remains will be more difficult to capture.”

“What is happening is that the effects of economic activity, namely the growth of the housing and commercial building stock, larger homes, the market penetration of more energy-using devices, and industrial production growth together offset the effects of energy efficiency improvements.” 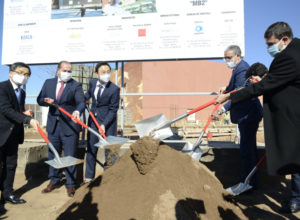