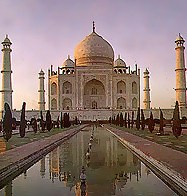 New York, NY, U.S.A. — (METERING.COM) — November 22, 2006 – Consultancy firm IBM has announced that it is having discussions with state utility boards and power utilities in India to conduct a significant deployment of BPL next month. The deployment will focus particularly on rural areas.

The BPL system will offer commercial Internet access, and will also be used for smart-grid applications. “Electric transmission and distribution utilities have come under increasing pressure to improve efficiency and generate new revenue,” said Gary A. Cohen, general manager, global communications, IBM. “To change this situation, IBM is introducing a solution for the electrical power industry, which can take care of the telecommunications service also.”

According to Charlie Arteaga, IBM chief architect of advanced network solutions, BPL technology will cut costs for the utility provider, which could result in consumers being able to enjoy reduced bills for electricity as well as broadband connection. He said that even though the initial cost of the modem-like device required for the BPL technology will cost around USD100, it is a one-off payment that could be recovered over time by way of lower bills.

Reji Kumar, head of IBM’s Energy and Utilities Communications sector, said: “With the BPL technology, we aim to bridge the technology gap between rural and urban India. Many rural areas have poor or no Internet access, but this technology will change that. Even if individual rural households may not be able to afford the required modem-like device, the technology will be invaluable for schools, government hospitals, and Internet kiosks for e-governance in rural areas.”

He added that growing demand will see the cost of the technology reduce, and if utility providers offer bundled services at the local level, BPL will soon be an affordable option in rural as well as urban homes.