Consumer electronics and software giant, Apple, is said to be ‘secretly developing an electric car’, planned for completion by 2020, according to Bloomberg. Reports suggest that Apple is looking to develop a ‘self-driving’ car that could rival Google’s driverless car. 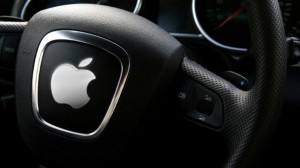 News reports that circulated in December last year revealed that Google had launched its prototype and the company was said to be testing its vehicle on public roads.

If rumours prove true, the move could mark Apple move into the EV market, and going up against other established vehicle manufacturers, such as Tesla and General Motors. No confirmation has been published by the company, which has been quiet about their plans.

According to The Wall Street Journal and Financial Times, Apple has already put together a team of employees to develop its own branded automobile, named “Titan”. Early mock-ups suggest that the Apple’s automobile could resemble a minivan.

A report by Reuters last week implied that Apple may have had plans to produce its very first EV more than a year ago, when it applied for patents relating to auto batteries. A lawsuit filed by A123 Systems, a company that specialises in energy storage for EV’s further supports accounts by news sources that Apple’s plans. A123 systems accused Apple of ‘poaching 5 of their top engineers’.  Industry expert, Tom Gage, chief executive of EV told Reuters: “Looking at the people Apple is hiring from A123 and their backgrounds, it is hard not to assume they’re working on an electric car.”