Enexis’ lighthouse project Jouw Energie Moment (Your Energy Moment) in the cities of Breda and Zwolle is about to start. In the upcoming months some 250 participants will be provided with products and services to enable them to choose their preferred times to use electricity. Equipped with a special display and a smart washing machine, users will be able to choose whether they want to run their washing machine during times when their local sustainable electricity is produced by PV panels or at those when the cost of electricity is low on the wholesale market. The ability and consciousness of the participants to have more insight and control on their use of electricity is now planted and starting to grow.

The energy landscape is quickly evolving. In the coming decades the transformation of electricity supply and production will cause paradigm shifts in the whole energy system. In the Netherlands it is expected, like in neighboring countries, that large amounts of distributed generation of electricity from wind and photovoltaic panels will be utilized by houses, apartment buildings, supermarkets, shopping malls, etc. For the sustainable production of electricity that is more volatile and less predictable, the energy system and its usage will be radically different in the future. 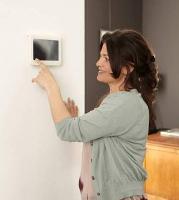 The “smart grid” is expected to offer a better and more efficient technical solution to the integration of large scale distributed generation into the existing infrastructure, as opposed to major grid reinforcement which would increase the investment costs considerably . However, smart grids will lead to deep modifications of the energy supply system. The challenge for the future will be to match production and demand with more flexibility. This flexibility can be sought and found in many solutions, both technical and regulatory but also social and economic, by distributing incentives and allocating costs and benefits in new and innovative ways between the different stakeholders.

This new and exciting energy system vision is anticipated by two lighthouse projects launched by Enexis, and involving the appliance manufacturer Indesit. In three districts, Meulenspie and Easy Street in Breda and Muziekwijk in Zwolle, households are being recruited to participate in the pilot project Jouw Energie Moment. This pilot project will start in fall 2012 and end in December 2015.

The households will be equipped with an energy computer, a display and a smart washing machine (these account for about 35% of the electricity usage of an average Dutch household).  Participating households will be able to choose the way to consume energy based on their preferences. They will access information on the predicted production of their local green electricity from PV panels, the predicted cost of electricity on the day-ahead wholesale market, and the extra costs for using the network when the load is expected to be high at peak times. The participating prosumer (producer-consumer) enters their preferences and constraints on the display of the smart washing machine (the maximum end time and their energy choice) and the communication technology between the smart washing machine, the energy display and the energy computer does the rest autonomously.

The development of the smart home components and the design of the time-of-use tariff structure were initiated during the communication for the recruitment phase of the project. 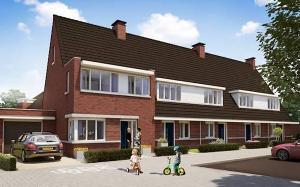 Electricity is a commodity, so the flexibility offer to the system by the electricity prosumer was translated into her/his ability to choose the energy moment on the smart appliance. The development of the interface between the user, the smart washing machine and the display, which are the pillars of the system, was taken care of by PhD students in industrial design of the TU Delft and the HMI Team of the Indesit Technology Center. Several focus group sessions and meetings with future participants were held during the preparation phase of Jouw Energie Moment to incorporate their ideas, wishes and demands in the development of the service and products. User centered design methodologies were applied to get the best products and to deliver the optimal services, always letting users drive their choices based on information and their preferences.

Jouw Energie Moment has the goal of mobilizing flexibility in the use of electricity, so participants receive financial and/or emotional incentives to shift their use in time. The TOU tariffs, based on peak periods, the local production of electricity of PV panels and the price differences on the wholesale market, will be presented to them 24 hours in advance, so they can think ahead on the consequences of their choices (to postpone the run of the washing machine or not). Feedback from the several focus group sessions proved that this customer interaction is crucial. The financial incentive is the choice of running a washing machine at cheaper cost. The emotional incentive lies in starting the washing machine automatically when green production of local PV panels is expected. Customers will need to feel absolutely certain of the consequences of their choices over a period of time. This can be accomplished by weather forecasting, prediction of peak load times and the day-ahead market. 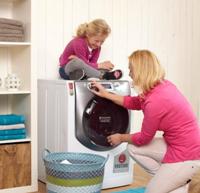 The development of the system components and its ICT faced many challenges. The most important was not the development of the hardware and software itself, but the design of interfaces, the communication protocols and the collaboration of such a large number of partners. The use of the Energy@Home open protocol (on the washing machine, energy computer interface), a result of work since 2009 from the Energy@Home Association, was very fruitful, since it had already included all the semantics needed to provide flexibility in a domestic appliance, thus perfectly fitting the project.

The smart washing machine calculates its predicted power consumption for each cycle and sends it to the energy computer; it suggests the optimal start time through communication to the project IT system back to the user who can accept this smart delay and also force her/his constraint for the end time of the washing cycle. Furthermore, this integrated system provides new services to the user, such as the collection on the web of all the information of the washing cycles and the subsequent feedback to the user on adopting more suitable behavior. This information will also be crucial to measure the success of the pilot.

Time was limited: the system, products and services were developed parallel to each other. Hence, great effort and attention was paid to establish trust and understanding of the shared vision and alignment of the mutual objectives between the companies, but especially the people working on this project. This approach and way of working together has proven to be successful and created a shared feeling of fun and enthusiasm amongst the team members from different companies and countries – working together to realize the first Dutch demonstration of an integral smart energy system with high customer intimacy.

Joris Knigge and Stefano Frattesi will give more insights and an update on the Jouw Energie Moment project at Smart Homes 2012 in Amsterdam, Netherlands, on Wednesday, October 10, 2012.

1. See also the report ‘Networks for the future’ here