The earliest merger of communications technology with metering technology brought us the beginnings of automated meter reading, which brought significant value and savings to many utilities. Incremental improvements to that technology resulted in further savings and some additional functionality such as basic theft detection and the ability to implement cost effective time-of-use and even interval metering. Recently, this evolution has continued to the point where the communications infrastructure and metering technology have evolved sufficiently for the industry to give it a new name – Advanced Metering Infrastructure (AMI). This evolution is expected to continue to implement what is now being generically referred to as the “smart grid”. 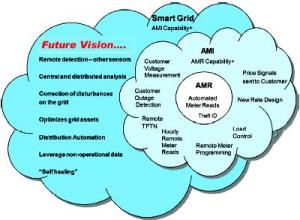 This merger of lower cost, wide area communi cations with “smart meter” technology has enabled more applications and value streams to be identified and exploited such as remote turn off/turn on, hourly reads, and price sensitive demand response. The latter application – price sensitive demand response – and related applications such as direct load control have a significant implication: all require some means of extending the energy command and control infrastructure down into the customer premise.

Including the customer premise in the overall energy delivery system is a non-trivial task for many reasons. The number of components involved increases dramatically, the potential for a Tower of Babel-like breakdown in communications is more the norm than the exception, demands on the communications infrastructure are more severe, and the sheer amount of data that is involved has major implications to utility enterprise information systems.

HOME AREA NETWORKS
In recognition of these issues, a significant group of utilities joined together to support an industry initiative, UtilityAMI, and one of its task forces, OpenHAN. The goal of this initiative is to develop a series of work products that will guide the vendor community into providing products and services that support applications that the utility needs to meet its business goals and customer service obligations. Prior to this guidance, the industry was being led a little too much by the vendor community offering up technology and leaving the utility to figure out what they could do with it. 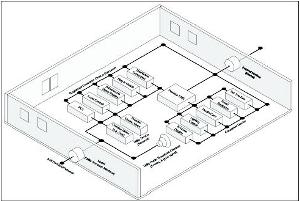 In August 2006, the UtilityAMI organisation published a high level requirements specification that resulted in a dramatic response from the vendor community when it was utilised by utilities in their bid specifications and other communications with vendors to clearly indicate what they were willing to buy. This effort was followed by the creation of the OpenHAN task force to focus on the utility/premise interface, the home area network (HAN), and the devices within the premise that can utilise communications technology to impact energy usage. The OpenHAN task force has a goal to influence the vendor community to provide interoperable products and services that meet the requirements necessary to implement applications that result in more customer options to manage their energy use.

Early in its development, the OpenHAN task force agreed upon a core set of principles that have guided the development of the requirements specification. These principles are:

The requirements that are being developed are independent of underlying technology and they support multiple architectures ranging from simple one way broadcasts of pricing, event and control information into the customer premise to fully interactive, two way communications with in premise devices and cohabitation with third party gateways and non-utility operated communication links.

At the time of this writing, the OpenHAN task force had completed a release candidate of their requirements specification and is expected to vote on it for approval before the end of February 2008. This specification should lead to the rapid development of products that will enable utilities to provide their customers with many more choices in how they utilise energy and respond to its price and availability.

Satellite images reveal vegetation condition alongside 574,000 miles of US overhead...