I had no preconceived perceptions of the Dominican Republic when I first travelled there many years ago. But soon after arriving in the country, I realised that this was a truly unique and colourful Caribbean country and I felt extremely comfortable with the people. I found that it is much more than just a great vacation destination; it is a country where one can share its beautiful and rich culture with friendly people who are both hard working and successful.

The Dominican Republic has a special energy and many Dominicans have become successful in business, sports, art, and other endeavours. Even among the poor, the attitude is – if you work hard, you will have opportunities to better yourselves.

The Dominican Republic has a special energy and many Dominicans have become successful in business, sports, art, and other endeavours. Even among the poor, the attitude is – if you work hard, you will have opportunities to better yourselves.

The Dominican Republic’s capital, Santo Domingo, was established in 1496 by Bartholomew Columbus (Christopher’s brother) and is the oldest European colonial settlement in the western hemisphere. Many factors have shaped the Dominican Republic’s culture and society over its 500 year history. In the 1700s, it became one of the richest colonies in the world by exporting sugar cane, and some believe it was the sugar trade that played a part in giving life to the Dominican Republic’s national sport and passion – baseball or, as Dominicans call it, beisbol.

American sailors who loaded sugar onto trade ships introduced baseball to Caribbeans in Cuba around 1866. A few years later, during the ten-year war in Cuba (1868 to 1878), many Cubans fled the country and migrated to the Dominican Republic, bringing with them the game of baseball. The Dominicans learned the game quickly and it was not long before organised teams were playing baseball tournaments.

But it was the sugar mill towns that gave life to baseball and its history in the Dominican Republic. In the late 1800s, sugar cane workers typically experienced six months of downtime, and this contributed to the development of baseball in the country. Sugar mill teams would play other sugar mill teams in championship tournaments. Baseball to the Dominicans was not just a sport; it became a passion that was bred into every Dominican child.

The economic future looks bright for the Dominican Republic, because foreign investors have a positive view of the country. It has a state-of-the-art telecommunications infrastructure – one of the most advanced in Latin America. It is open to foreign investment, has political and economical stability, and has access to both regional and global markets.

Nevertheless, the Dominican Republic faces challenges in sustaining its economic growth because the country continues to experience national electrical energy shortages and high energy costs. Yet these challenges can be overcome through innovation. The value of using an advanced metering infrastructure (AMI) system with two-way communications makes the way ahead look promising.

In an effort to address the problems of energy shortages and high energy costs in the Dominican Republic, 50% of CDE (Corporación Dominican de Electricidad) was privatised in 1999. Before that date CDE had sole state control of all electrical services in the country. This reorganisation saw three companies being formed to distribute and commercialise electricity, covering the south, north, and east regions of the country respectively – EDESUR (Empresa Distribuidora de Electricidad del Sur), EDENORTE, and EDEESTE.

In addition to the distribution companies, two power generation companies were formed – Generadora Itabo and Generadora Haina – along with other independent private power (IPP) generators. The goals envisioned by this restructuring were to create competition in the power generation market, create new laws and regulations that would allow foreign countries to invest in new power generation and distribution (except hydroelectric power, which continues to belong to the state) and make needed infrastructure improvements.

The expectation was that the reorganisation of the electric energy sector would lead to new venture capital flowing into the country to update, rehabilitate and expand the power distribution system, and create a competitive market for power generation that promoted efficiency, conservation, good administration, and better service to energy users. Nevertheless, more than six years after the partial privatisation of electrical services, there are power shortages that lead to daily power interruptions in areas of the Dominican Republic.

Foreign private energy producers continue to add new capacity, but increasing demand, insufficient maintenance of the transmission infrastructure, lack of investment in power lines and transformers, and a lack of energy conservation have kept capacity well below peak demand levels. Demand for energy in this fast growing economy has doubled in the last decade, and numerous businesses have resorted to investing in their own private back-up generators so they can remain productive and competitive. Some large firms maintain their own entirely independent electricity supplies. Until now, it seems that the 1999 partial privatisation of the energy sector has failed to resolve the problem of an inadequate power generation and distribution infrastructure. But there is much more to the problem than just lack of generation capacity, substations, feeders, transmission lines, transformers, and so forth. For years power companies in all of Latin America have had to deal with non-technical revenue losses.

Non-technical losses are a result of meter tampering, meter bypass, hardware modifications to meters or wiring, meter register edits, hard to access meters, wrong or altered meter reads, and a culture of non-payment. It is common in Latin America for utilities to lose as much as 30% of their revenue for non-technical reasons. Additionally, the negative economic impact on utility companies is compounded when high fuel oil costs and other expensive energy sources are factored in with huge revenue losses. The Dominican Republic has some of the highest energy costs in the world at an average of 0.19 USD per kilowatt-hour (KWh).

EDESUR TAKES A PROACTIVE APPROACH TO THE PROBLEM

Edesur is the largest of the three power distribution companies in the Dominican Republic, with 416,637 customers under contract and 633,466 users connected to its network. It supplies an average of 273 Gigawatt-hours (GWh) per month to its customers in the southern region of the country, primarily in Santo Domingo. This accounts for about 36% of the power consumed in the entire country. 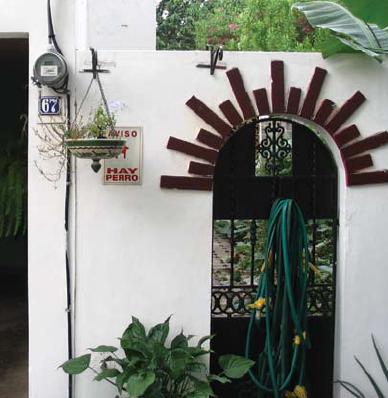 “After exhaustively researching metering systems that could meet EDESUR’s requirements, we decided to test the EnergyAxis System in a pilot programme because it met our requirements. We especially like the fact that REX® meters use two-way communications on a repeating and self-healing controlled mesh network. This enables us to do on-request meter reads, load profile analysis, measure reverse energy flow, detect low voltage points, and monitor alarms. By monitoring alarms and load profile registers it is easier for us to detect irregularities and take timely corrective action to prevent or lower non-technical losses.”

The EnergyAxis System test pilot deployment was completed in October 2005. EDESUR installed approximately 458 REX meters in two urban areas of Santo Domingo. The meters were installed at single-family homes, duplex apartments, grocery stores, schools, and small supermarkets. additionally, REX meters were installed at each single phase distribution transformer within the test area to do daily load balances. With daily load balancing, EDESUR will be able to detect revenue losses caused by bypassing the meter. EDESUR is expecting to reduce revenue losses to less than 10% – and that equates to a revenue recovery of 19,000 USD per month at just these two test locations.

EDESUR began seeing immediate results after the system was installed. They began doing load profile analysis in the test areas, and were able to quickly identify several service points with problems. One meter was indicating that all its energy flow was reversed, so a crew was sent to the field to check the meter socket wiring. After inspecting the wiring at the problem point, the installation was corrected.

Another service point was showing too many abnormal power outages. After analysing reverse energy flow, power outage, and load profile data from that service point, EDESUR proceeded to inspect it in the field. Technicians found that the meter had been removed from the socket at different times and re-installed upside down, in an attempt to lower metered energy consumption.

Because the EnergyAxis System readily provides the information needed to detect potential meter tampering, EDESUR was able to identify and correct the problems in just several days. Caonabo Ortega said, “Initially we had a little difficulty determining where there were problems in the field, because the EnergyAxis System provided so much information. Analysing all the information directly from the system became a little tedious. When we installed the application programming interface (API) developed to bring the information directly from the XML files into our database, it was very easy and efficient for us to do specific queries to group instances of irregularities.” 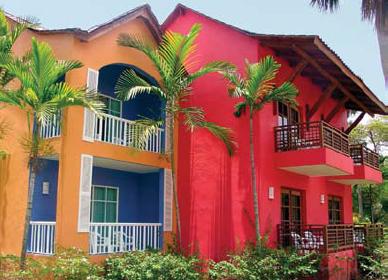 SMART METERING TECHNOLOGY WITH TWO-WAY COMMUNICATIONS IS THE RIGHT APPROACH

Stand-alone solid-state meters and load balance systems with no communications or only one-way communications cannot address the problem of technical and non-technical revenue losses. One of the biggest benefits of the EnergyAxis System is the information it provides to utility companies. This information allows them to analyse their distribution system and determine the most efficient and economical way to improve it. Two-way communication is critical because it gives utilities timely information and thus an opportunity to more proactively manage their distribution system and provide good customer service. Electronic meters with twoway communications enable utilities to continuously monitor reverse energy flow and outage alarms, in addition to load profile analysis and daily load balancing.

BENEFITS TO UTILITY AND CUSTOMER

Caonabo Ortega said, “We expect the EnergyAxis System will prove to be beneficial to us in reducing non-technical losses, detecting meter tampering, and eliminating billing problems from meter reading errors. We believe our customers will benefit with more accurate energy bills. At EDESUR, our mission is to utilise modern technology to provide reliable, safe and high quality electrical service to increase customer satisfaction.

“Our goal is to become a utility that is well recognised by providing excellent customer service and delivering services that our customers need and value. The relationship with our customers is defined by a sense of equity. Although laws set the norms for compliance, our spirit of service goes beyond that in an effort to favour the interests of our customers. Now that we have the EnergyAxis System test programme  running, we are looking into installing REX meters with the remote connect/disconnect switch. We are also looking into installing more meters, based on the energy savings we see on the currently installed meters.”

The Dominican Republic’s colourful culture is a unique blend of European colonials, native Caribbeans, Africans and Americans, and its economy and society have evolved over its long history. For the Dominican Republic economy to continue to emerge, grow and compete in the global market, dependable and affordable electrical energy is important. EDESUR in Santo Domingo, the oldest city in the Americas, is a forward thinking utility company that is taking the steps needed to address the energy problems in the Dominican Republic.

Five hundred years after Columbus discovered and settled Santo Domingo, this Caribbean country is now blazing new trails for other emerging markets to follow. EDESUR is discovering how smart metering technology can enable it to not only deliver dependable and affordable energy to its customers, but to enrich a vibrant and colourful culture.