Exactly two years ago I was asked by smart-energy.com to write an article about Smart Metering initiatives in Central and Eastern Europe (CEE). I was very engaged that time in many conferences, customer projects, and solution development groups. All these activities made me very enthusiastic and optimistic about Smart Metering to be adopted in my region soon. CEE utilities were undergoing very dynamic changes due to restructuring of the sector (consolidation in Poland), mergers and acquisitions (Czech Republic) or just unbundling process forced by EU. At the same time companies were heavily investing in new transmission and distribution infrastructure and software applications supporting customer related services and management of technical infrastructure. Yes, this was really seemed to be a good time to engage “smart metering thinking” and at least prepare real pilot projects. Instead of that, the utilities kept playing with available metering technology and communication solutions. I do not blame utilities for “not responding” to global or Western European trends. I only think that with more active engagement of CEE countries’ governments and regulatory agencies much more progress is possible.

A SMART GRIDS VISION
You won’t believe it but two years has passed and I’m optimistic again, maybe not as much so, but still enthusiastic. The economic crisis which has affected most industries will not be that harmful for utilities, at least in CEE countries. For several years energy companies were under really big pressure of rapidly growing demand for all kinds of energy. It has changed and will last for few years now. Utilities will have more time and money to invest in their infrastructure, business processes, IT. There is something which will support deployments of Smart Metering systems – Smart Grids Vision. Having problems with financial justification of Smart Metering projects utilities noticed (finally) that this is not just about remote meter reading.

Figure 1 demonstrates that most (close to 100%) industrial customers are read remotely in CEE. But just AMR will not make a business case for commercial or residential customers. On the other hand, utilities have noticed that AMI will be an important basis for Smart Grids and … Smart Grids are something they had better understand, as physical assets which are better managed. 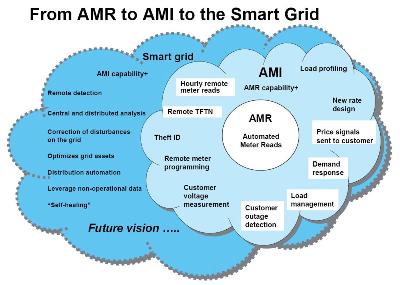 Figure 1: From AMR to AMI to the Smart Grid

Utilities need active support from state govern- ments and regu- latory bodies to build business cases for AMI and Smart Grids. The Smart Grids vision has already been accepted and few utilities even put this as their strategic goal to be achieved in the next five to seven years. This is very good because it puts Smart Metering in a much broader context. Utilities will make a bigger effort to identify not only direct measurable benefits of AMI systems, but also those which are not as easily calculated at the moment.

REGULATORS AND GOVERNMENTS
At the beginning of this year the Polish Regulator (URE) presented the results of a Smart Metering feasibility study being done for Poland by an external consulting firm. Although it’s not obligatory and does not force utilities to do anything, it proves that investments in Smart Metering systems will pay off, which means that the potential benefits will outweigh the estimated costs. The study possibly focused too much on technology, which changes so fast and is very specific, rather than local solutions which have no proven track record, but it exists and is a very good starting point for further discussion. I expect the same steps to be undertaken soon in other CEE countries. There are more Smart Metering discussions in Czech Republic, Hungary, Croatia and Slovenia.

So, let regulators and governments do their job, let them draft legislation which will not only force utilities to act but also will include different incentives supporting these initiatives.

UTILITIES ABOARD?
Utilities at the same time can get prepared for Smart Grids era. First of all they should stop the “pilot projects” they’ve been running for last few years. Yes, they should stop wasting time on checking if technology works. Technology has not only improved very much but also became less expensive. That’s why technology should not be installed in the first place; there will be many more challenges to face in order to be successful.

I can say that there are a few, just not more than three, utilities in the region which have clear Smart Metering strategy. By “clear” I mean not skipping important topics like the need to build a business case, making internal and external marketing and communication plans, adjusting the company’s structure to incorporate (or create) new divisional changes in the IT environment; IT can be very affected and challenged by the introduction of smart metering systems. It can happen that there will be several new meter data collection applications if a utility selects more than one technology supplier. There can be new stand-alone meter data repositories or meter management systems or load profiling or theft detection or…. The IT environment can become very complex. That is why it is crucial to plan the future IT environment today. Utilities do not have to make their IT systems more complicated by interfacing new, standalone applications – they can achieve the same goals by extending functionality of existing systems. Billing on demand, move-in, move-out, time of use rates, theft detection, profiling and many other are the processes which can be easily incorporated into existing applications and can be used even in small but real pilot projects.

CONCLUSION
Smart Metering has finally started in CEE. The Regulator has acknowledged that Smart Metering exists and is beneficial for utilities and their customers, consulting companies do advisory work and software solutions providers are ready to adapt existing IT environments.