Prepayment metering – a look at the basics

What is prepayment metering? By definition a prepayment electricity system does not use billing in its classical form (i.e. use first and pay afterwards) but collects the money up front. It is similar to filling a car at a petrol station. Once the credit is used, the supply of electricity is interrupted. In our example the car would simply stop when the fuel tank is empty. Nobody would claim that cars must run whether or not there is fuel in the tank, but it seems outrageous to stop the supply of electricity when the credit has been used up.

However, it must be recognised that electricity supply authorities expend resources to generate, transmit and distribute electricity, and that these expenses have to be covered by all recipients. Some argue that cars are items of luxury, whereas electricity is a basic commodity and therefore cannot simply be taken away. But all commodities have to be financed, and if indirect financing (e.g. by taxes) is not possible, there has to be direct financing. If collecting money by invoicing after consumption doesn’t work, then why not collect the money up front?  Seeking to change these elementary features of a prepayment system (up-front money collection, and stopping supply on zero credit) would destroy the very purpose of the system.

Prepayment benefits both utilities and consumers. Utilities benefit because payment is received on average 45 days earlier than with a conventional billing system. This is not, however, the only advantage. Instead of having to print an invoice and mail it to the customer, utilities print vouchers or magnetic tokens. They are smaller and cheaper and don’t have to be mailed; instead they are delivered to vending stations, where they are bought by prepayment meter users. When a keypad prepayment meter is used, there isn’t even the need to have a physical token vending can be done over the telephone. After dialing up any accredited vending office, the necessary information is exchanged (credit card number, amount of the purchase, confirmation of the transaction) and the consumer receives his credit transfer number over the phone. He then keys this number into the keypad meter, and credit is instantly available The existing infrastructure in some advanced utilities allows this to be handled by a computer with an interactive voice response system. Here the customer would use the keypad of his telephone to supply the necessary information to the vending computer on the other side.

Many of the typical features of conventional metering systems like multi-rate capability, time-of-use metering and maximum demand are also possible with a prepayment system. In addition, modern prepayment meters are always electronic, and therefore they offer advantages such as increased accuracy and decreased sensitivity to all sorts of environmental influences. Prepayment systems also obviate the need for regular meter reading, although utilities will send staff out from time to time for maintenance work, to check for tampering and so on.  If anything goes wrong with a meter, customers will usually report it immediately to ensure their supply is not interrupted.

What are the benefits to consumers? The typical user of prepayment electricity is a member of lower income groups in the population. He will appreciate the fact that he now has direct control over his budget and often his acceptance of prepayment is much higher, because there is a direct link between the money he spends and the value he gets. In the long term this leads to better relationships between the supply authority and the customer. In some cases consumers have insisted on having prepayment meters installed in their houses, even when the supply authority was about to withdraw completely from a prepayment scheme because of a political decision.

Prepayment as a system

What makes prepayment electricity so different, and its introduction lengthy, is the fact that it is indeed a system. Without the vending system the meters don’t work at all, and vice versa. It is not a simple matter of installing some meters and then collecting some money. The initial investment is much bigger and the commitment needed much stronger. Project management is often needed to ensure that the right things are done at the right time in the right place. The problem of lack of resources in this area has been overcome with the help of specialist companies filling the gap between the supplier of the equipment and the authority. Once the initial system is up and running, the utility’s staff can be trained on the job and can then take over the system management.

The typical time span between a supply authority first coming into contact with prepayment and the full implementation of the system covers several years. After the initial contact a period of getting acquainted with the new ideas is required, which can take anything between some months and some years, depending on the environment. Once the first trial installation is done, a period of investigation is required to establish confidence in the reliability of the system and to prove the improvements in cashflow. This may take anything between six months and two years. Only then will the installation of meters and additional vending points take place on a large scale.

The introduction of prepayment metering usually requires changes in the structure of the supply authority. These changes can only be managed successfully once the utility is confident that this new system actually works to its benefit. Typically meter readers are replaced by vending personnel and the overall staff size is reduced.

The decision to use prepayment meters is often based on the desire to improve cashflow. In some countries the introduction of the system is prevented or made difficult by existing laws, which might prevent the authority from cutting the supply to customers, or which might impose complicated tariffs or an obligation for specific billing. If there are obstacles, the route to the first field trial can only be started once the political framework is completed.

Another important aspect is the acceptance of the system by users. Consumers must be made aware of the advantages mentioned above (direct control over budget, a direct link between money spent and value received, better relationships with the supply authority). If the meters are simply installed without any advance warning, it is often seen as just another method of picking their pockets. Wherever the introduction of prepayment electricity was preceded by a marketing campaign spelling out the advantages to users, the acceptance and support within the population was much higher. There-after problems with faulty meters, tampering and attempted fraud were considerably reduced and overall performance was much better.

Successful installations need time and effort. And in general no two installations are exactly the same there are always at least minor differences. Selecting the right supplier is extremely important, because a good deal of help is available from a partner with previous experience of installations of varying sizes around the world. But still utilities need to be attentive to the issues mentioned above, because in the end it is their time, their money and their customers that are affected. 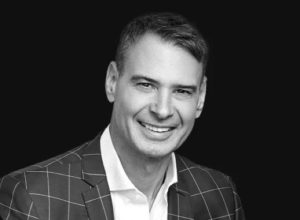