We often compare our day-to-day work to a war: we can lose a battle but still win the war. When we analyse the facts – supplied by the utilities themselves – regarding energy losses over the last few years, we are led to believe that we are losing the war when it comes to non-technical losses.

We are not talking here about issues concerning calculations or loss estimates. This would involve correct calculation and metering of technical losses, which is already a very confusing area. There are many more estimates than there are calculations and metering.

As an example, we can analyse how technical losses are calculated. Even specialist publications sometimes compare technical losses from totally different utilities, without considering basic issues such as average consumption, the area covered, the number of rural units and so on. When you consider these aspects, you realise that technical losses of 8.5% in one utility could still be a better result than 5% in another.

When it comes to non-technical losses, however, that ultimately represent the effectiveness or ineffectiveness of a corporation, the comparison can be made without much difficulty 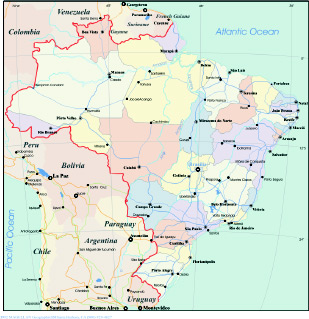 Up to ten years ago, it was difficult to find a utility in the energy business that had introduced corporate action to prevent non-technical losses. Even the establishment of an area focused on revenue protection is a rather recent concept in our business. In fact, ten years ago many corporations had not even installed consumption meters to any significant extent.

When the privatisation process of the energy sector began, we read some interviews in the newspapers about how technologies “already applied in other countries with great success” were being introduced here, in order to reduce the losses.

It is a fact, though, that some utilities have been doing a consistent job, without the obligation of having to announce immediate results. This usually creates frequent changes in the process and ultimately leads to failure. It is also true that nowadays there are only a few utilities that are willing to use the correct tools and make the right investments in order to minimise non-technical losses and/or optimise technical losses.

THE SITUATION IN BRAZIL

In Brazil, the rates of loss have always been high and, despite all the efforts made by utilities, have been increasing in recent years. Even in those areas where there was energy rationing during 2001/2002, the companies identified a large increase in their losses. We can suggest some reasons for this.

One of the most important reasons was the energy rationing. The rules created to reduce the consumption of energy encouraged an increase in criminal activity in the form of tampering with energy meters.

Then we have the natural difficulties that arise when it comes to intelligence and field work to detect irregularities. A typical characteristic of non-technical losses is that they have to be “found one by one”.

There are other problems. The police cannot be involved in all the cases – this would mean that the number of official technicians would have to be multiplied by 100. The rules to determine the amount of money to be reimbursed are complicated. For instance, we sometimes have to determine the error of a meter that had its disk locked temporarily, which in metrological terms is not considered an error, because it is within an admissible level in the field (3%).

Even worse than using the non-existent error is the fact that the utilities are obliged to open the package where the meters are taken from the field. That can cause problems in a legal process and the police must send an expert to verify tampering or breaking of the checking seal. Opening the package in the utility laboratory in front of an official technician would be a good solution, but is not feasible because the costs are too high and there are not enough technicians available. Meanwhile, waiting until after the judicial check-up to send the bill could slow down the process of a possible deal between the utility and the consumer.

The consumer realises that the risk of severe punishment is low, and therefore the amount of fraudulent activity tends to increase. The Brazilian electricity regulatory bureau ANEEL stipulates that offenders only pay a 10% fee on accounts overdue by one month ( Article 36 – Resolution 456/2000). Note that we don’t use the term “client” here, for a client consumes and pays for the energy he uses, while a consumer uses the energy but pays for only part of what he consumes.

To make the story worse, the rules stated by ANEEL in Resolution 456/2000 are almost always rejected in judicial proceedings, where the tests for official technicians take place and the technical reports are issued with the estimates of money that must be reimbursed to the utilities.

Losses caused by manipulating energy meters (meter tampering is responsible for almost all non-technical or commercial losses) damage society as a whole. In recognition of this, there has been much discussion about the rules contained in Resolution 456 concerning irregularities that consumers are responsible for. The clients totally support those changes. When the Consumers Committee meets, concerns are always raised about what action the utilities are taking to minimise losses. Everyone knows that losses always end up as extra costs to clients.

If utilities are obliged to follow the example of a ‘model corporation’ that has zero non-technical loss, then some rules about metering irregularities will certainly need to be reconsidered. Without the correct tools, the losses will continue to increase.