ENEE enjoyed the technical and financial support of international financial organisations during its first 25 years of operation. Hydroelectric projects flourished and the transmission and distribution network grew to incorporate all the economically active areas of the country into the national grid. By 1976 the national grid was interconnected with Nicaragua, then Costa Rica in 1982, and Panama in 1986. The largest hydroelectric project was Cajon on the Rio Comayagua in Central Honduras, which was commissioned in 1985 and generated 300 MW of power. The available electricity generating capacity of the Honduras in the 1980s was 560 MW – more than enough to supply a peak demand of 220 MW.

Since demand did not grow as expected in the 1980s, it left ENEE with excess power generation capacity and deeply in debt. Because of the debt burden, the existing thermal power plants were not well maintained over the years. By 1993, electricity demand was growing while generating capacity was diminishing. That year a drought lowered the generation capacity from hydroelectric sources and created an energy crisis as many of the thermal power plants were now inoperable after years of neglect.

In response to this crisis, energy policy laws were passed in 1994 in an attempt to reform the energy market in Honduras. The goal of the new laws was to establish a competitive power market by vertically unbundling the energy market, giving free entry to all sector activities, opening access to transmission and distribution networks, and giving large energy users the freedom to choose energy providers. The law also sought to separate ENEE from the roles of policy making, regulation, and providing electrical services. Under the new energy laws, cost recovery tariffs were to be levied, targeted subsidies provided, and accommodations were to be made to private electricity service providers.

While the intent of these reforms was good, it failed to make positive changes because a new competitive energy market did not materialise. The transmission and distribution networks were not unbundled and privatised, and ENEE continued to operate as a vertically integrated state-owned enterprise, maintaining its central role in energy planning and policy making. In addition, cost covering tariffs and targeted subsidies were not properly implemented because of inadequate political commitment. The resulting high and volatile energy generation costs were never recovered because they were not passed through to retail prices.

The failed energy policy reform from the 1990s, increasing share of expensive thermal power generation over the last two decades, high technical and commercial losses in the transmission and distribution system, the inability to expand electrical service into rural areas of the country, and an increase in non-technical losses continue to plague the Honduran electricity sector today. Currently ENEE’s demand is 1,150 MW, which accounts for about 30 percent of the total consumption on the national electric system, and it is the only transmission, distribution and commercialisation company in the country. For ENEE to realise its mission of providing its customers with quality energy service, improving its business processes, protecting the environment, and contributing to the social and economic development of the country, it had to begin to take steps to protect revenue.

By 2006 ENEE was facing financial collapse as its financial problems had continued to grow over the past two decades from increased operating costs and both technical and non-technical losses. From 2001 to 2006, ENEE’s energy losses increased from about 20 percent to 26 percent, with an estimated 19 percent of these losses attributable to energy theft, fraud, and illegal connections. At that time the monthly revenue losses were estimated at more than US$5.3 million countrywide. Swift action was needed to begin recovering lost revenue and save the business from collapsing. Two options were available for ENEE to begin recovering revenue: either to raise rates, or reduce non-technical losses. ENEE felt the only fair and viable solution to recovering revenue was to reduce non-technical losses rather than pass higher rates on to paying customers.

ELIMINATION OF NON-TECHNICAL LOSSES
When Manuel Zelaya was elected president of Honduras and took office in 2006, he began taking aggressive measures against corruption in both the government and private sectors, and he delegated responsibilities to leaders within ENEE who could bring about change. ENEE began moving forward with plans and with the government’s agreement and approval, began taking steps to deploy an advanced metering infrastructure (AMI) that could help detect and eliminate non-technical losses. Additionally, in 2007 President Zelaya initiated and led a programme named Operation “Tijera” (“Scissors”) to recover revenue in parallel with the deployment of the AMI system.

ENEE began accepting proposals in 2006 to find an AMI system that would be easy to install with minimal infrastructure investment. An integral part of ENEE’s request for an AMI system was the capability to detect and report events that would indicate the possibility of energy theft or meter tampering, including reverse energy, outages, load profile, demand, energy loss while service was disconnected, and by-passing of energy. ENEE also specified that the AMI system should have no ancillary equipment such as antennas or repeaters that could become the targets of tampering.

To further improve cash flow, ENEE required the system to accommodate a residential time-of-use (TOU) tariff structure as well as the option of initiating a prepay programme. The prepay programme would be based on customers buying energy at a sales point which in turn would send the information to the AMI system that would control connection and disconnection of services.

After evaluating available AMI technologies, ENEE selected Elster’s EnergyAxis® System, which uses a two-way controlled mesh network to communicate with residential meters that have a service control switch inside the meter cover. The system allows the collection of load profile data and other metering data to help in the detection of potential non-technical losses in the system. When energy theft is detected, ENEE can disconnect the service from a remote location using the service control switch. When payment is made, ENEE can also reconnect the service without a visit to the meter.

ENEE also uses the system to perform energy audits and network balancing of the entire distribution system by using the load profile and voltage information that is provided. ENEE began installing the AMI system in December 2006 with the expectation to complete the deployment of 35,000 smart meters for residential, commercial and industrial applications in six months. The first and largest part of the deployment of approximately 21,000 residential meters with the service control switch was in the urban area of San Pedro Sula in northwest Honduras. Smaller sites were deployed in the urban areas of Tegucigalpa in the south and La Ceiba in the Atlantic region.

OPERATION TIJERA
In February 2007, President Zelaya launched Operation Tijera to begin recovering lost revenue while installation of the AMI system was ongoing. The operation was a coordinated action from ministries and government agencies with the objective of visiting 14,000 to 18,000 high consumption customers to check their meters and service connections, and to disconnect service to delinquent clients and users with irregular service connections or tampered meters.

During Operation Tijera, named for this “cutting” of power, groups of ENEE electricians travelled to 36 Honduran towns to search for meter tampering and illegal connections. Military personnel, police, and a prosecutor accompanied the groups to ensure that utility customers would not interfere with the operation. The operation had immediate success and revenue collections increased from the start, with recovery of US$1.2 million in the first four days. Over the entire three week operation ENEE recovered a total of US$5.3 million.

On 11 May 2007, ENEE officially launched the AMI system in San Pedro Sula with the opening of a dedicated facility where ENEE uses the system to analyse meter data and actively pursue reductions in non-technical losses. After the system launch, ENEE recovered about US$1.2 million in revenue in the first few days, US$13 million after three months, US$21 million after 7 months, and expects to recover approximately US$24 million during the first full year of operation. Reductions in non-technical losses nationwide account for US$12 million of the total savings. Another US$1.2 million has been saved on site checks done previous to meter deployments. ENEE also collected US$368,000 from customers who were tampering with meters and the tampering activity was detected through the system automation server alarms. ENEE has performed more than 3,000 service disconnections and reconnections remotely from its facility in San Pedro Sula, accounting for approximately US$1 million in operational savings, collections, and connection fees.

Even though ENEE will continue to face challenges in the future, it is taking bold steps to becoming financially viable. Honduras is showing how any utility or country with an effective plan and a commitment to carry out that strategy can significantly reduce its non-technical losses. In Honduras, the two-pronged approach of political change by enforcing payment of delinquent accounts and deployment of readily available and affordable high technology to detect potential energy theft is proving to be a winning strategy in saving ENEE. 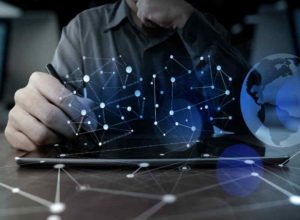