The emergence of the communications and control technologies collectively referred to as the “smart grid” has been the cause of much excitement in the electric utility industry. Smart grid technologies offer the potential for improving commercial operations, enhancing the energy efficiency of distribution grids, increasing the penetration of renewable generation, and enabling consumer choice. Currently these technologies have been developed and put in place in the developed grids of the United States and Europe, but they offer considerable promise for use in developing countries as well.

Smart grid technology promises to facilitate improved commercial effectiveness, improve supply side and end-use efficiency and improve the relationship between the utility and its consumers. It has without doubt captured the attention and imagination of electric sector stakeholders worldwide. Smart grid has grown to include a diverse group of technologies that is intended to provide a wide range of services from automated metering and consumer choice to automated reconfiguration of networks to reduce the impact of faults. The common thread linking all of these technologies is greater reliance on data from field devices gathered, communicated, and processed in real time. In some cases this data is used for billing or marketing of power and in others for system control, but in all cases the focus of the smart grid is to provide data for knowledge-based, usually automated, decision making.

One of the objectives of applying these technologies in Latin America is to increase access for unserved consumers to electric service by releasing capacity in existing systems and to reduce the cost of extending systems to new consumers. Utilities in the developing world are almost always supply constrained, that is, there is generally more demand for power than there is capacity to supply it. Load shedding is a common practice almost everywhere, and the perception of shortage caused by load shedding restricts access to service by new consumers. Many countries periodically impose moratoriums on new connections for just this reason. Load shedding is often implemented in a broad fashion by turning off whole feeders rather than designating specific loads that can be deferred, such as air conditioners or irrigation pumps. Therefore, improving the management of available power supply and providing a means of incorporating demand side resources signifies more than a merely economic improvement to the utility in that it allows for more consumers to receive service. Similarly energy efficiency takes on a new meaning when the energy saved constitutes not only a reduction in cost, but an opportunity to serve more consumers.

Thus, smart grid technology applications in utilities in the developing world hold the promise of being able to do more with less, increasing access to modern energy services for more consumers even in the face of persistent and recurring power supply shortages. However, there is very little experience and perhaps even less understanding regarding the challenges, costs and benefits of smart grid technology application, especially in smaller utilities such as municipalities and cooperatives. For smaller electric utilities, the challenge of gaining access to information and acquiring the skills and knowledge required is more pronounced, given the resource constraints that these electric utilities may face. 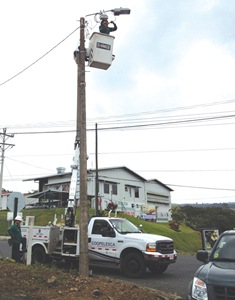 To bridge the knowledge and access to technology gaps, NRECA International Foundation is implementing the Smart Grid Alliance for the Americas (SGAA), a program financed through the US Department of State under a multinational collaborative effort entitled the Energy and Climate Partnership of the Americas. SGAA was launched in October 2011 with the primary objective of raising the level of consciousness of small Latin American electric distribution utilities in the use and benefit of automated meter reading and automated metering infrastructure applications towards future deployment of smart grid applications. The project has been designed to pool knowledge and experience of a group of electric distribution utilities in Bolivia, Brazil, Chile, Costa Rica, and Guatemala, providing guidance, training and technical assistance from the NRECA International Foundation, and through its affiliated organization the Cooperative Research Network (CRN).

SGAA is focusing on a number of interrelated activities toward the overall goal of supporting future smart grid implementation by SGAA participants. The activities include:

This article presents an overview of the goals, objectives, challenges and early lessons learned from this program.

With the exception of CRE, the alliance members are relatively small and serve remote distribution service territories. While most of these utilities have some knowledge of advanced electronic metering technology, they have not had access to the resources to implement smart grid initiatives with sufficient information to do so economically, or with reliable results. Moreover, given the economies of scale that attract interest from large metering vendors, developing a series of pilot projects under common program management offered access to resources that SGAA participants would likely not have had if they had pursued projects on an independent, as opposed to through a common initiative.

SGAA ACTIVITIES
The program started by organizing a workshop in Costa Rica in December 2011. The workshop focused on the introduction of advanced metering technology to participating SGAA members, and sharing early results from a large smart grid program managed by the Cooperative Research Network with NRECA cooperative members in the United States. Members were asked to share whatever experience they have had with bidirectional metering technology, SCADA, and other advanced communication technology applications they may have used to date. Members reported a range of experiences, from those who have many years of SCADA experience, those who have only recently deployed SCADA applications in recent years, to those who have had no experience with advanced metering systems. Some of the municipal and cooperative participants are located in remote areas of Guatemala, Chile and Brazil and while they may have capable engineering team members, they do not yet have access to technology applications that are commonly used in North America, Western Europe and in population centres in their own countries. None of the utilities had yet deployed automated metering infrastructure applications, while some had begun to install AMR metering at substations and for large industrial and commercial consumers. In all cases, the regulatory agencies had already begun to emphasize the need for deployment of advanced metering to facilitate time of use and interruptible tariffs, and to facilitate demand control in the future.

Against this backdrop, there was general agreement that the most useful pilot project applications should focus on introduction of AMI applications in the selected utilities. From NRECA’s perspective, there was a desire to implement pilot projects in Central and South America, focusing on projects that would generate information that could be used by a more diverse group of participants. It was also necessary to select the more advanced utility partners in the Alliance to ensure a higher probability of success of project activities, and to secure participant commitments to each project. 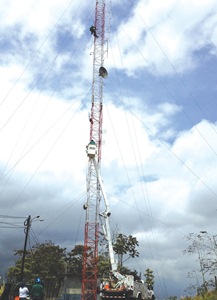 Pilot projects were selected in Costa Rica with two electric cooperatives including COOPELESCA and COOPEGUANACASTE; with a small rural cooperative in southern Chile called the Cooperativa Eléctrica Paillaco (SOCOEPA); and with one of the rural electric cooperatives in Brazil named CEDRAP in São Paulo state. In the case of SOCOEPA, neither of these two cooperatives had yet employed SCADA technology. CEDRAP uses a SCADA system for monitoring and control of delivery point reclosers, but not for substation control since they do not own or manage substations. In the case of both COOPELESCA and COOPEGUANACASTE, these two cooperatives have been using SCADA technology and are moving to a common SCADA platform to coordinate generation and substation assets in the near future. Therefore, the pilots were selected to include a cross section of the experience of the SGAA membership in an attempt to maximize the experiential benefit to all Alliance members.

Pilot projects consist of implementation of AMI applications to include a combination of key accounts (commercial and industrial consumers) as well as residential consumers. Most importantly, the AMI applications focus on selection of the most appropriate communication technology for each pilot project. Communication technologies that were considered include powerline carrier (PLC), radio frequency, and GPRS/cell technology.

CHALLENGES
Metering system standards vary from country to country, and with the introduction of advanced metering systems and the potential cybersecurity risks that are now more commonly acknowledged, there are wide differences in metering systems that are manifesting from country to country. For a relatively small project like SGAA, the variance in metering standards has presented a much more significant challenge than the NRECA team had anticipated when the project was proposed.

ANEEL (Agencia Nacional de Energia Eletrica), the Brazil regulatory agency has been reviewing and modifying AMR metering standards, while counterparts in Chile (CNE) and Costa Rica (SNEL) established standards in the past two years – and all are distinctly different from one another. This divergence between countries made it very important to identify and to work with a vendor with the capacity and experience in working in each of these environments, as well as that has experience in a number of communication pathways.

The wealth of information available on the multiple functionalities of advanced metering systems is in general very good for promotion of advances in electric power systems worldwide. However, there is little appreciation by those who have not employed advanced metering systems of what is needed to achieve these higher level functionalities. In the case of the SGAA program, the perspectives of some of the pilot project members were not in alignment with the capacity to employ higher level capabilities, nor with the cost of doing so. Gaining an understanding of the costs associated with demand response, distribution system automation and other applications provided a very real opportunity to work through practical issues on this project.

PROJECTED RESULTS
At the time of publication, metering systems, hosted software solutions residing with the vendors, and web-based interfaces with each participating utility are on order with installation scheduled during the summer of 2013. The metering systems and hosted software interfaces will be operational in August for three of the utilities, and by October for the fourth.

These metering systems will address two principal needs. They will allow participating utilities to directly monitor energy use of remote single phase residential consumers at an affordable cost. Further, they will allow direct monitoring of large consumers to gain a better understanding of the rhythms and extremes of their energy consumption patterns the analysis from which will inform the utilities how to better serve these key clients. Both applications for large commercial and smaller residential clients will provide increased billing options, improved data capture, and provide improved control of problems arising due to energy theft and/or meter tampering. In the future, the automated metering infrastructure systems will pave the way for demand response, distribution automation and other potential smart grid applications.