Santiago de Chile — (METERING.COM) — April 3, 2012 – A technical and economic viability study of smart grids in Chile will be undertaken to evaluate the advantages of implementing this technology as broadly as possible in the market, according to the recently released National Energy Strategy.

This will take account of developments, implementations and local and international experience of pilot projects. The connection of distributed generation is envisaged as a key benefit.

The Strategy, which covers the period 2012-2030, is aimed to set out the government’s position on the future development of Chile’s energy matrix. The two main thrusts are to scale up non-conventional renewable energies (i.e. wind, solar, geothermal, biomass) and to strongly enhance energy efficiency. Targets are more than 20 percent contribution from non conventional renewables within the next decade and a 12 percent reduction in final energy demand by 2020.

Other pillars include strengthening traditional energies (principally hydropower, with a 45-48 percent share target by 2024), addressing market weaknesses to improve competition and energy security and reliability, and developing interconnections with neighboring countries.

To encourage small residential generators a net metering program will be implemented. The existing regulation governing the connection of small generators will also be improved, as will the transparency mechanisms governing the information provided by distribution companies, in order to give greater oversight to the Superintendency of Electricity and Fuels (Superintendencia de Electricidad y Combustibles, SEC).

At the transmission level there will also be improvements in the current regulations and in the procedures for granting concessions, and the creation of “utility corridors” will be investigated.

Growth in electricity consumption in Chile is projected at 6-7 percent between now and 2020 but slowing thereafter, with final demand approaching 100,000 GWh by that year and 140,000 GWh by 2030. To satisfy the 2020 demand will require some 8,000 MW of new generation capacity. 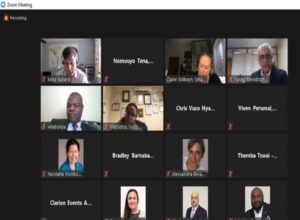