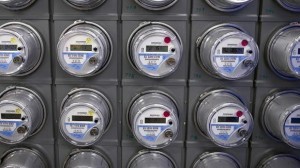 The general electric utility confirmed today during a keynote speech at World Smart Energy Week taking place in Tokyo that the smart meters would be in place by the time the Japanese government liberalizes the electricity retail market by unbundling the transmission and distribution sectors.

Hiroshi Yamaguchi, executive vice president, chief technology officer at TEPCO, said the utility planned to complete both the establishment of a real-time electricity market and the installation of smart meters across its Tokyo service area before the city lifts the curtain on the Olympic Games.

Mr Yamaguchi, in a speech on how Japan’s electricity deregulation will affect the traditional utility business model, said TEPCO was undergoing “drastic reform” that will see the it split into different companies including a smart meters operation, governed by a holding company.

The annoucement comes as Japan’s 10 electric utilities scramble to adapt to a tight government timetable for liberalization and with it, smart metering installation, in response to the high cost of electricity in the wake of TEPCO’s Fukashima nuclear plant failure in 2011. TEPCO last April installed 1,000 smart meters in Kodaira-city in Tokyo to validate its communications technology, the big challenge facing energy suppliers.

The utility has also been installing smart meters into new housing developments and as replacement meters in the Tokyo area since July 2014 and has around 100,000 units in the field, according to an estimate by one industry source.

TEPCO is working with Toshiba and Landis+Gyr to develop an advanced metering infrastructure based on a combination of cellular, RF mesh and G3 PLC communication technology.

The ECHONET Lite-certified communication unit is being tested to see how it can manage the HEMS devices as well as other utility business functions, such as demand response.

Yukitoki Tsukamoto, deputy manager, Power Grid Development Department at Mitsubishi Electric, confirmed that the company has also taken a three-pronged approach to connectivity. “We have criteria to choose the right communications methodology for the local area to minimize cost. With mobile we have to think about cost of monthly subscription charges so we only use this for certain areas such as surban neighbourhoods where we can’t use multi-hope RF.”