One of the challenges that utilities are facing with smart metering is to stimulate and sustain customer interest in the potential it offers for energy saving and conservation – and this is where online gaming may come in.

“Multi-player gaming is the popular new form of media entertainment, with hundreds of millions of people worldwide playing games,” says Byron Reeves, professor in the Department of Communication at Stanford University.

“And these are not just youngsters – the average age of players for many of the complicated games is the mid-30s. They are interested people from a wide range of demographic backgrounds, who invest a lot of time and money in very detailed play and are always looking for more.”

Not surprisingly then, as gaming has evolved one of the application interests that has started to emerge is how these games can be used for serious behaviours and in serious contexts, says Reeves, who is an expert on media psychology.

“There are applications that involve health games, games for productivity, and others in enterprises and businesses, and the current thinking is to bring the successful ingredients of these games to the area of energy and energy efficiency,” he says.

“For most people metering data is really dull and totally unengaging. The question is how can we make that data more engaging and get people interested in exploring it and learning more about it, in addition to doing the right thing for the environment? In other words can we make it fun?”

MULTIPLAYER GAMES
Reeves says that he doesn’t know yet what a behaviour change game on energy efficiency will look like, but two aspects are likely to be very important.

One is that the feedback from the game must be closely linked to the behaviour that generates the feedback. For example, the player turns off a light switch, their smart meter registers less electricity is being used, and this is sent to their smart phone or computer so that something changes in front of their eyes.

“When the player engages in an energy efficient behaviour there must be an acknowledgement visually in the game close in time to when the behaviour was undertaken. Their house turns green in front or their eyes or they get 10 points or whatever the game designers think is important to do in the game,” says Reeves, adding that it is such short scale feedback, of the order of seconds and minutes, that is most effective.

The second important aspect is that the game must be “engaging” with features such as a representation of self – an avatar – and team play, as well as leader boards and public ways to provide transparency and acknowledgement of how people are doing in the game.

The game is also likely to be multi-period, with multiple steps starting at the most basic level and gradually increasing in complexity.

The next step, then, is to build the game platform and to test the behavioural changes that result from playing an energy game and the features that make the behaviour change the most.

Data security is clearly going to be an important issue but Reeves doesn’t envisage this to be too problematic, saying the game would have to be opt-in, with an agreement to share information. Possibly also the data can be recoded in some way.

“These are issues that will have to be dealt with, as they have been in other areas, in health for example where perhaps even more sensitive data is being shared.”

When it comes to the levels of energy saving that may be achievable, Reeves says that this is yet to be determined. However, he comments that a 1% change in energy use, which is already significant in energy terms, should be readily achievable, and levels could reach between 5% and 10%.

“We haven’t done any tests yet and we have no active projects with utilities as yet,” he says. “But we have talked to a number of utilities, particularly in California, and I would say their response is genuine interest. They need to use all this infrastructure being installed to change people’s behaviour. If people don’t want to use it, it is all for naught.”

LOST JOULES
Lost Joules, styled an online theme park and interactive gaming platform for energy being developed by industry start up Adaptive Meter, is intended to fulfil the role of an energy game. 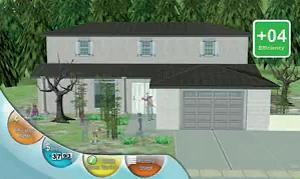 The aim, says co-founder Richard Dorsey, is to make energy conservation fun and rewarding with a game that encourages consumers to influence each others’ personal behaviours by competing and collaborating with each other. The game will be based on missions and quests in which players are given tasks, and based on these they will earn points or gaming currency that can be exchanged for either real world or online rewards or contributed to charitable causes.

Adaptive Meter, whose other projects have included stickychicken and twitterlike, is still in the early stages of development with Lost Joules – the first product is a comic strip – as partners such as data providers are sought.

Ideally the game would be based on live metering data but another option would be data on a lag time basis or some form of government data from, for example, the Department of Energy. “This would depend on the providers or monitoring services we work with on a long term basis, as we don’t intend to work directly with utilities.”

Dorsey says the plan is to launch the game during 2009 but no firm timetable has been set, because of the importance of establishing the right provider partnerships. Lost Joules comic strip. “Creating the entertainment value is the easier portion as we have the expertise there. The more difficult portion is creating the partnerships that will give us the long term stability.” 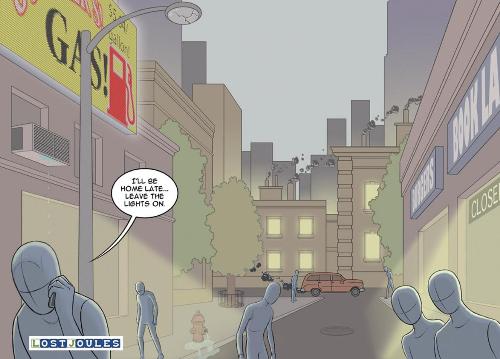 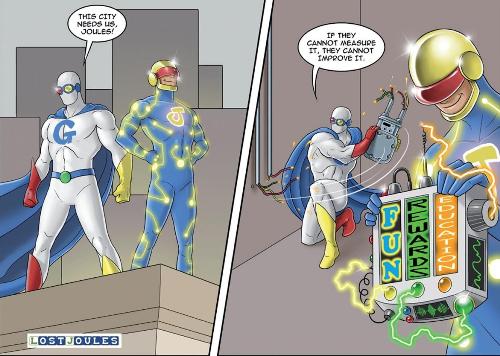