Nassau, Bahamas and Kingston, Jamaica — (METERING.COM) — November 24, 2011 – Loans totaling $214 million have been approved by the Inter-American Development Bank (IDB) for water metering and other water infrastructure improvements in the Bahamas and Jamaica.

Both programs will last over five years and in both, the main aims are to reduce the levels of non revenue water and to improve water supply for consumers.

The program in the Bahamas, which receives $81 million, is focused on New Providence island, where approximately 70 percent of the country’s population resides. The aim is to reduce the non revenue water from 5.5 Ml per day to 2.5 Ml per day through leak detection and repair, with as many as 6,000 leaks expected to be repaired. In order to improve system management, SCADA will be introduced, along with AMR for selected accounts, with a target of 98 percent meter reading efficiency by the end of the project. Also, 9,000 new water connections will be activated.

“The Bahamas has by far the lowest ratio of fresh water to population in Latin America and the Caribbean,” said Evan Cayetano, project team leader at the IDB. “The amount of available fresh water per capita is less than 0.1 percent of the regional average, which highlights the need for action in this sector.”

The program also will establish a new independent environmental regulator with responsibility for protecting the country’s fresh water resources, as well as a new economic regulator.

The program in Jamaica, which receives $131 million, is focused on the Kingston metropolitan area on the southern side of the island, and other selected urban centers. The non revenue water currently around 30 percent is expected to be reduced to about 15 percent by the end of the project through leak detection and repair and the installation of bulk meters and customer meters and the establishment of district metered areas. An improved management information system and SCADA will also be introduced, and energy efficiency improvements made to selected water production facilities. 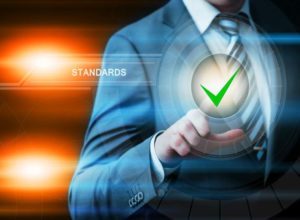