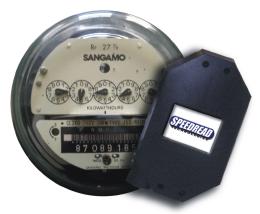 Many new types of sub-metering applications are being implemented, with great success. These new applications require a more robust set of submetering AMR equipment than that used for traditional apartment sub-metering AMR. In addition to utilityquality meters, many of these installations require weatherised AMR equipment and improved radio performance.

From the perspective of the companies that are responsible for reading the sub-metered installations remotely, and subsequently billing and collecting from consumers, a single AMR solution for each type of submetering AMR installation is highly appealing. It goes without saying that such a sub-metering AMR technology must be cost-effective and must perform at the required levels. Traditionally, sub-metering AMR has been successfully implemented in multi-family dwellings of various types. Such installations typically consist of 50 to 1,000 apartments in townhouse complexes, garden apartment settings, and apartment blocks. In many cases, the services for more than one utility are measured.

Improvements in sub-metering AMR technology have enabled Read-Bill-Collect (RBC) companies to offer their services in areas that could not be previously addressed. For example, a sub-distributor for SpeedRead Technologies recently installed an AMR system in a 15-storey, 328-apartment high-rise building. Aside from the transmitters connected to each of the 328 electricity meters in the building, the only other AMR equipment required was a single collector and antenna located within the building. Without the recent improvements in sub-metering AMR equipment and software technology, such an installation would have required much more AMR infrastructure and could have been potentially non-viable from a financial standpoint.

Besides larger and more complex multi-family dwelling type installations, there has been significant sub-metering AMR entry into other areas such as:

Manufactured Housing: There are more than 11 million manufactured housing community homes in North America. While many have been sub-metered with visual-read water meters, only a small fraction have implemented fixed network AMR. Water sub-metering applications require utility-type water meters and weatherised AMR equipment, as almost all installations are outdoors. Furthermore, water meter (and AMR equipment) locations are typically under the manufactured home and may be subject to flooding and other inclement conditions. Locations for AMR distribution infrastructure (e.g. repeaters) are often not available in manufactured housing sites, and an AMR solution that can read hundreds of meters without a distributed reception network is therefore a major advantage.

Military Bases: While the US government is consolidating its own infrastructure, and is in the process of closing many bases in the United States, at other bases the government is in the process of passing the burden of utility costs (water, gas, and electricity) over to the military resident. The government has hired property management companies that have been issuing and awarding tenders to RBC companies to sub-meter all utilities and provide RBC services. This can only be accomplished, of course, with the installation of a robust AMR system. Meters must be of utility quality and are often located outdoors. The ability to connect multiple meters (whether belonging to the same utility or different utilities) to multi-port transmitters is a major advantage that results in significantly lower capital costs for the AMR infrastructure.

HUD Projects: The US government, just like any other landlord, is interested in passing along utility costs to its tenants – especially when there is a ‘green’ effect (i.e. reduced consumption) as a by-product. There are RBC companies that specialise in sub-metering governmentsubsidised housing and they have been making inroads into this area in a substantial way.

Boat Marinas: Not unlike manufactured housing communities, boat marinas provide site rental services that include utilities (typically electricity and water). Both utility meters are usually installed within a weatherised pedestal, and a multi-port, multi-utility AMR network provides a costeffective solution. As with other sub-metering AMR applications, an RBC company is in the background, using the AMR network to provide daily billing of marina slip usage if necessary.

Shopping Centres: Shopping centres are large consumers that often work with consultants for the purpose of reducing their utility costs. A trend has recently developed in the submetering of shopping centres, which typically includes the installation of large bulk meters as well as sub-meters for tenants. A hierarchical AMR system that enables the consultant to define bulk meters and subordinate sub-meters assists the shopping centre owner/manager in identifying unaccounted-for consumption, as well as in the proper billing of the tenants. Even in very large shopping centres, the number of meters may be limited to 50 or fewer meters – thus, the selected AMR solution must still be cost-effective.

Strip Malls: It is difficult to comprehend how sub-metering AMR could have been applied to a strip mall application even a few years ago. Strip malls (neighbourhood shopping areas)
consist of a small number of stores and shops. In many cases there are no more than a dozen utility meters. Today’s AMR technology allows RBC companies to include such applications in their portfolio of available services.

Airports: Like many other property managers, the local airport authority has an interest in passing along utility costs to its tenants. Furthermore, in today’s security environment, the reading of many utility meters on the airport’s property is simply not possible or extremely expensive if performed manually. It always seems as though airports are neverending construction zones, and this leads to non-metered connections that may go unnoticed for extended periods. An AMR system based upon bulk/distribution meters and submeters can help to identify non-metered connections and possible distribution system leakage.

Miltel Communications’ SpeedRead fixed network AMR technology has been successfully implemented in all these sub-metering AMR applications. The driving force behind this successful expansion into many new sub-metering AMR flow that has resulted from the saving in utility costs). An early implementer of SpeedRead’s product offering spent $284,000 sub-metering 2,500 apartments in ten complexes (meters, technology, and installation). Within 18 months, the increased cash flow covered all the sub-metering costs. Two years later the properties were sold, and an additional gain of $3 million was realised thanks to the increased cash flow.

The face of sub-metering in the international markets is also changing. Miltel’s SpeedRead technology has been implemented in many sub-metering applications in Europe, the Far East, and the Middle East. In the UK, Heathrow, Stansted, and Luton airports have been sub-metered by a local water utility. The SpeedRead technology’s ability to define the relationship between bulk meters and subordinate sub-meters provides valuable information on an on-going basis regarding unaccounted-for consumption and possible system leakage. With today’s security requirements, access to certain meters – even with a mobile radio system – is problematic. The fixed network technology at the UK airports provides daily information from meters even in the most difficult to access locations.

SUB-METERING AROUND THE WORLD

Government-subsidised housing projects in France have been sub-metered to provide independent billing companies with consumption information from both hot and cold water meters. In Hong Kong, the local water authority has submetered military officer housing quarters in high-rise buildings, and property management companies in China have installed multi-utility sub-metering systems in high-rise complexes.

Recently, one of Israel’s founding bodies, the Kibbutzim (communal farms) instituted privatisation, where member families are required to pay for their own actual water and electricity consumption. Many such systems have been installed on Kibbutzim, which now bill their members for electricity consumption on a time-of-use basis.

The significance of the growth in the sub-metering AMR industry in North America has not been lost on key players in metering and AMR. Recently one of the leading sub-metering AMR companies was acquired by the parent of a major meter manufacturer. The success of independent RBC companies – together billing more than 2.5 million utility accounts monthly – has been noted by utility companies who are now beginning to enter the sub-metering AMR arena.

With a look to the future, the sub-metering AMR industry is poised for significant growth, and existing and newer AMR technologies are being enhanced and developed to address a wider range of sub-metering applications. Miltel Communications Ltd. was founded in 1991 and is a leading company in the field of remote AMR systems. International installations include utilities as well as sub-metering applications. The sub-metering system design is based on low cost multi-meter, multi-utility one-way transmitters with a 10-year field life and the strategic placement of high sensitivity receivers. Each transmitter can be connected to up to 10 meters, providing substantial cost saving.