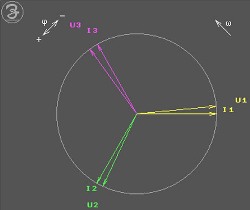 Challenges faced by the meter tester on-site and technological advances have led to new designs, functionalities and features in the latest series of portable meter testing equipment. Today these devices do not merely serve as accuracy testing equipment, but also have highly advanced value added features. Among these are:

TESTING METHODS
Testing methods differ from country to country. These methods are mainly influenced by:

On-line testing at consumer load
In this method the tester connects the reference meter to the meter under test, i.e. voltage in parallel and current in series using a clamp on the CT. This is a quick and economic method but the tester has to rely on the running consumer load. The objective of such testing is to check the connection and any existing tamper condition, and to get a fair idea of the accuracy of the installation.

Off-line testing using phantom load
In this method the operator disconnects the meter under test and connects it with an electronic phantom load. There are two kinds of phantom loads available to cater for different needs and practices:

Automated and uniform testing of all meters is possible using these modern phantom loads along with a reference standard and software. The results achieved in such uniform testing can be further systematically utilised in the following way:

This method, which requires the additional cost of a phantom load compared to the on-line testing method, but it is closer to laboratory testing, is currently used in European countries that have developed their standards and regulations accordingly. 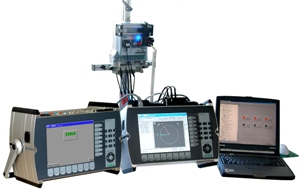 FURTHER ENHANCEMENTS
The latest design of reference standards like the MT310, MT320 and MT3000 series can be used with high voltage and current sensors, and can perform on-line measurement up to 40 kV and 2,000 A. This feature is extremely useful to establish the overall accuracy as well the connection of a complete metering site that includes energy meters, CTs and VTs.In addition, using a high end reference standard like the MT3000 series it is possible to carry out on-line testing of CTs and VTs without removing them from site.

Further portability of an integrated system, i.e. a phantom load combined with the reference standard, has been achieved in the recent series of test systems without compromising metrological or electrical performance.