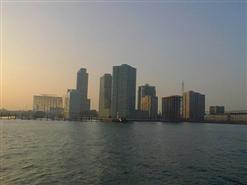 Newark, NJ and Chicago, IL, U.S.A. — (METERING.COM) — September 14, 2006 – Public Service Enterprise Group Incorporated (PSEG) and Exelon Corporation announced today that Exelon has given PSEG formal notice of termination of the merger agreement announced in December 2004. Both companies have agreed to withdraw their application for merger approval, which has been awaiting approval by the New Jersey Board of Public Utilities since then.

A number of discussions with state officials and other interested groups made it clear that gaps separating the parties’ respective settlement positions – such as issues relating to rate concessions and market power mitigation – are insurmountable.

Exelon, headquartered in Chicago, is one of the nation’s largest electric utilities with 5.2 million customers; PSEG is based in New Jersey.