Although business case results are often inflated to get projects approved, sometimes the actual results are better than expected. That was the case with Vattenfall’s deployment of Echelon’s Networked Energy Services System — Phase 3 of a multi-year, multi-vendor AMR project. 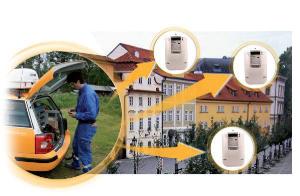 In 2002, Vattenfall — Europe’s fifth largest generator of electricity — began deploying AMR to its 860,000 customers in Sweden. This was done to comply with a law that required electric utilities to provide customers with monthly meter readings, and provide meter data to all retailers and customers. Physical deployment began in 2003 and, as of June 2008, all meters had been installed with the exception of those in the cleanup phase (less than 1 percent of the total project).

In 2005, when Vattenfall began its work with Echelon and Telvent, the deal comprised one of the most extensive programmes ever conducted for the installation of modern, intelligent infrastructures for metering: 600,000 NES meters, which would be outsourced to Telvent, a leading IT provider and system integrator in Europe and the Americas. At first, Vattenfall planned to use the NES System to simply automate its meter-reading process, just as it had done with its two previous AMR phases (AMR 1, the Actaris project with 110,000 meters deployed, and AMR 2, the Iskraemeco project with 150,000 meters deployed). And that aspect of AMR 3 has gone as planned: Vattenfall receives a variety of NES data each day through Telvent’s Titanium Information System, which manages the NES System and its associated data. This includes the 600,000 daily meter-reading values, hourly reads for a pilot portion of Vattenfall’s customers, as well as any event conditions. With a daily success rate well above 99 percent, the availability of the system has exceeded expectations. 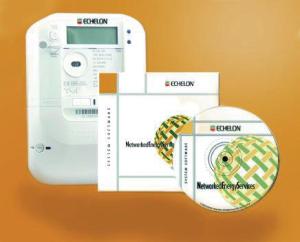 But once deployment of AMR 3 was underway, Vattenfall began to use other functions of the NES System. For example, Vattenfall now uses the load-limiting function associated with the NES meter’s integrated disconnect switch to better manage customers and their associated contract size restrictions. The company also uses outage information and power-quality data to manage its distribution network and identify issues or problems.

In the future, Vattenfall plans to take advantage of the meter’s comprehensive power quality data. It also expects the use of small-scale distributed generation to grow within its customer base, and plans to measure this generation through the NES meters, a more cost-effective solution than a dedicated meter.

In reviewing its overall AMR project, Vattenfall found the success of the Echelon/Telvent deployment superior to that of its AMR 1 and AMR 2 projects for several reasons: The Echelon/ Telvent project was cost effective, the team met its scheduled 2008 deadline, and it deployed technology with more functions and features than originally planned, such as remote upgrading, power-quality data, remote disconnect, and comprehensive tamper detection. Overall, Vattenfall saw the functionality significantly increase from AMR 1 to AMR 3 while the overall cost of the system decreased.

Vattenfall continues to explore new ways to benefit from its NES advanced metering investments. The next phase of the project will concern creating a common Meter Data Management System platform for the company’s Nordic Business Group (Sweden, Finland, and Denmark). This will allow Vattenfall to more efficiently manage these customers and their metering data, and will help lay the groundwork for a common Nordic electricity market in the future.

In many ways, Vattenfall’s deployment of the Echelon/Telvent project is an industry benchmark. It’s influential not only because of the large-scale roll-out of smart meters, but also because of Vattenfall’s pioneering use of advanced metering technology and its use of an external service provider to collect and deliver data. The project is a prime example of how smart metering can significantly improve a utility’s operations and internal processes.