Throughout utilities’ deregulation and restructuring, the role of metering has remained unchanged – it provides utilities with data for billing. The meter is conceived, designed and adjusted according to the specification requirements and the needs of energy and water suppliers alone. Why have utilities and manufacturers failed to grasp the power of the end consumer?

Meter producers and operators are quick to proclaim their systems’ great advantages and innovations – but these apply to energy and water sellers only, while consumers are continuously excluded from the beneficiaries’ list. Cutting-edge technologies, from ultrasonic flow measurement to embedded communication chips, have so far failed to produce the great AMR revolution – only because someone in the process forgot the consumer. The perception of the metering fraternity is that consumers remain as passive as if the utility world had not undergone a massive upheaval, which turned the customer into someone who was ‘always right’. Historically, the meter belongs to utility suppliers and is regarded by them as ‘their cash register’.

The reality is, of course, always much more complex. No shopkeeper ever looks at his cash register only once a month (in the UK once a year!) and balances his books only once a year. Most businesses can easily analyse their cash registers to learn almost everything they should know about their customers’ preferences. But only a very few meters can provide this kind of data, or are typically used for projections and modelling that are needed for demand management. However, apart from the sample data, models are based on a wide range of assumptions that are loaded with preconceptions and biases. As a result, utilities continue to sell their commodity and services without ever knowing what their customers really want, or how they are using these goods and services. There are the periodic market research exercises, but these too are tainted by the bias that is built in to the questions or the target population interrogated. In short, the ‘cash register’ is a mere client counter, ensuring that all customers receive a bill – even if the bill is not accurate, because the technology used by most meters is based on 19th century mechanisms. As long as the customer pays something towards the continuation of service, all the regulatory and statutory requirements are fulfilled, allowing utilities to continue a well-earned snooze.

At the same time, a lively industry is busy conceiving, designing and manufacturing ever more sophisticated meters that can perform a long list of tasks at high speed without manual intervention. Armed with the latest technology, these meters are more often than not capable of conversing with remote operators, but not with the people closest to them – the users. Automatic meter reading has been with us since the end of the 1970s. The problems that these systems were meant to solve and the challenges they had to overcome were, and to some extent still are, of mammoth proportions. 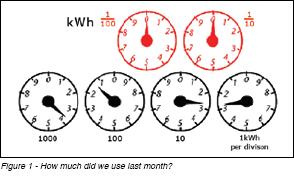 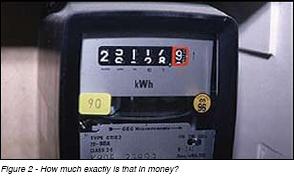 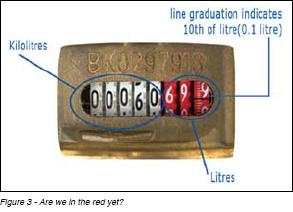 These are easiest to understand if we look at them in two parts – the technical and the conceptual. Technically, remote meter reading needed the communication revolution of the 1990s to be able to perform most of the tasks its visionaries had in mind. Once cellular communication and the broadband Internet proved that mass communication on a micro scale was not the sole property of the armed forces, it enabled a whole new range of industries to come out of their cocoons – see the tourist industry, for example. Add to this new battery and wireless networking technologies, and the smart meter was complete. Thus the energy and water industries in the mid 1990s (at the same time Smart Energy International was born) were capable for the first time of possessing a real ‘cash register’ compatible with the ones used by all other businesses – a cash register that allowed them to know at any given moment who sells what to whom and at what price.

In theory, this should have been the end of the story: AMR conquered the world! Utilities began to behave towards their customers as did Microsoft, Ford and Hilton – they wooed them; they earned their loyalty; they offered tailored products. Customers appreciated the attention and utilities exploited their knowledge of their customers. Everybody prospered! But it never happened. The conceptual part of smart metering did not manage to penetrate the cobwebs that wrap the metering sector of the utility world. The prevailing attitude maintained that what was good in the past was the best for the future, and that not doing anything while the world is changing is the safest alternative. Most importantly, utilities and meter manufacturers alike failed to grasp the power of the end customer as the industry was emerging from the deregulation process. Three major aspects prevented the metering evolution from taking place:

From the outset, the end user is absent in the conception and planning of the standard utility meter. Regulators responsible for Health and Safety and the Office of Fair Trading require a variety of consultative and certification processes that might include some customer feedback. Bespoke meters are always compliant with the requirements of the ordering party, which sometimes includes an end user; but the standard industrial and home meter is only ever presented to the user once it has been manufactured, and thus cannot be modified. Users are almost never consulted on their requirements and preferences.

METERS ARE NOT UNDERSTOOD

For example, the faces of utility meters are designed to produce the basic set of characters representing volume. Unlike any other instrument on private property, from kitchen appliance to sound system, these devices are not meant to be understood by the persons most affected by them, and their opinion regarding the design is therefore not sought. The set of digits produced by the meter have traditionally been the staple figures that fill utilities’ ‘sold’ books, and the conversion to monetary value is usually made by billing departments, who are commonly separate from the metering operations. The fact that meters are installed on private property does not signify any rights over the device. Meters are the only object on any private property over which property owners have no right whatsoever, and this raises the question of ownership over the meter readings themselves.

In other words, could a property owner sell the readings from a meter installed on his property – readings that merely record activities that the occupier generates? Of course, most customers, commercial or domestic, do not know what the readings mean, who would be interested in buying them, and most of all, what they are worth. The fact that they may be prohibited from trading in the readings is, therefore, only academic at this point. The way meters are operated is another reason for utilities to have missed many of the fruits of deregulation thus far. The understanding that the data produced by the meter tells them more than the amount of the next bill has not yet reached all utilities.
AMR systems are still mostly used for basic functions only, and are therefore typically considered to have a return on investment (ROI) of 15 to 20 years – not the kind of investment a CEO would make lightly, if at all.

The main reason why utilities have installed these systems in the first place is not so much the limited savings achieved by making low-skilled meter readers redundant – this would be better achieved by outsourcing meter reading – but by the progressive image that accompanies the decision to move to an AMR system. In one brave stroke a utility converts from being an old-style industry to a high-tech venture. The reality is that installing smart metering of any level of sophistication just for the purpose of billing is not a rational commercial decision. It is the equivalent of procuring a lithographic printer for the purpose of printing the office stationery. The printer can do it, and do it very well indeed, but it would also be underused, costly to operate and would take 20 years to pay for itself.

A sophisticated metering system that costs anything between $300 and $500 installed must become the kernel of a comprehensive customer service procedure, and not a replacement for the poor old redundant meter reader. The cost of such new metering systems is the main reason for the stalling of a number of promising programmes. Two approaches can be adopted to take the metering world forward:

1. Utilities could sell smart meters to new property owners, and buy only those records that are useful to them. This option is interesting, because the cost of such a system could easily be absorbed in the cost of the real estate, yet it will provide the basic communication hub that is so necessary to create a meaningful customer relationship management system. In this option the cost of the system is absorbed by the user, who in turn will benefit from a better service and the ability to sell his data to other utilities competing for his custom. The problems associated with this option are maintenance and operation costs.

2. Use independent operators to install the systems in many properties, to sell data from a single customer point to a multitude of utilities and other data processors. In this option neither the utilities nor the users pay the costs of a sophisticated metering system, but they have to pay for all services associated with it – utilities have to pay for billing or CRM data, while users have to pay for the ability to shop for better deals.

Operators who invested in the system can sell the data beyond the utility sector – to data banks, for example. One of these options is inevitable, and will soon bring meter manufacturers to redesign their products to suit their new clients and purpose. The ordering parties and users will start to dictate needs and wishes that will eventually make old meters redundant. No doubt some operators will continue to base their operations on the trusted old machines, but – like the old typewriter – the days of this technology will soon be over. Not because it does not do what it was designed for, but because it does not do everything else the word processor can.