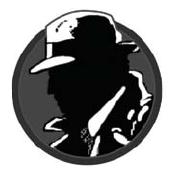 This column is to create a forum for ideas, passions and perspectives on our industry that are controversial, provocative and energising. The views expressed here may be unpopular, politically incorrect, heretical or simply humorous. The views expressed may be ideas that all of us have had but didn’t care (or dare) to articulate. The opinions expressed are those of the author alone, but are probably shared by many who have yet to say so.

You can pick an apple from a tree with a chain saw. You can plant tulips with a backhoe. You can cut you hair with a machete …

Huh? Oh, I see. The right idea but the wrong tool!

Millions of electric, gas and water meters around the world are being remotely read by mobile AMR systems. Some of these systems are old and due for replacement. Some were purchased in the very recent past. Did those utilities make a mistake? Let’s consider electric metering for a moment.

In the US and Canada, there are regulatory imperatives at the provincial, state or federal level that mandate deploying ‘smart meters’ at all residential customers so that customers may be metered on a time-of-use (TOU) basis. There are four ‘states’ of participation:

The technology ramifications of these four alternatives are enormous! If participation is mandatory for all customers, and there is no opt out, then a wide area deployment of a modern fixed network AMR system is the obviously rational approach, allowing that different technologies may be better suited to more or less densely populated areas. But if any of the three voluntary states pertain, I say this about your technology choice: “It depends.” And it depends largely on the voluntary level of customer participation in TOU rates over the long haul, not just a year or two.

Several large US investor-owned utilities have concluded that the level of customer participation in voluntary TOU rates is so low that they have deployed large new mobile AMR systems not intended for TOU.

They will meter their TOU customers by some other means. That other means is sometimes called ‘parachute-in’ metering because an AMR device that communicates through public infrastructure can be dropped in on any customer without any reliance on a costly utility-owned fixed network architecture. The older parachute-in metering and data communications device typically used dial-up telephone. But newer, highly refined and very cost-effective parachute-in technologies now use the public digital cellular infrastructure.

So what’s the message, you say? It is this. History has shown that voluntary participation in TOU rates in North America has been very, very limited. Why? Lots of reasons, including poor promotion, complex or poorly designed or even punitive rates. Whatever the reason, if you are only going to have 2%, 1% or even less of your residential customers on TOU rates, then perhaps a parachute-in technology is all you need to be able to offer voluntary TOU rates to your customers, while you continue to extract the remaining value from your mobile system. It all depends on the level of participation in TOU rates. History has taught some lessons about penetration and retention of customers on TOU rates, and they aren’t pretty.

Make my egg scrambled. Just like some regulators’ logic. 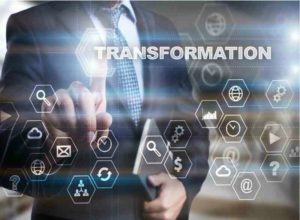